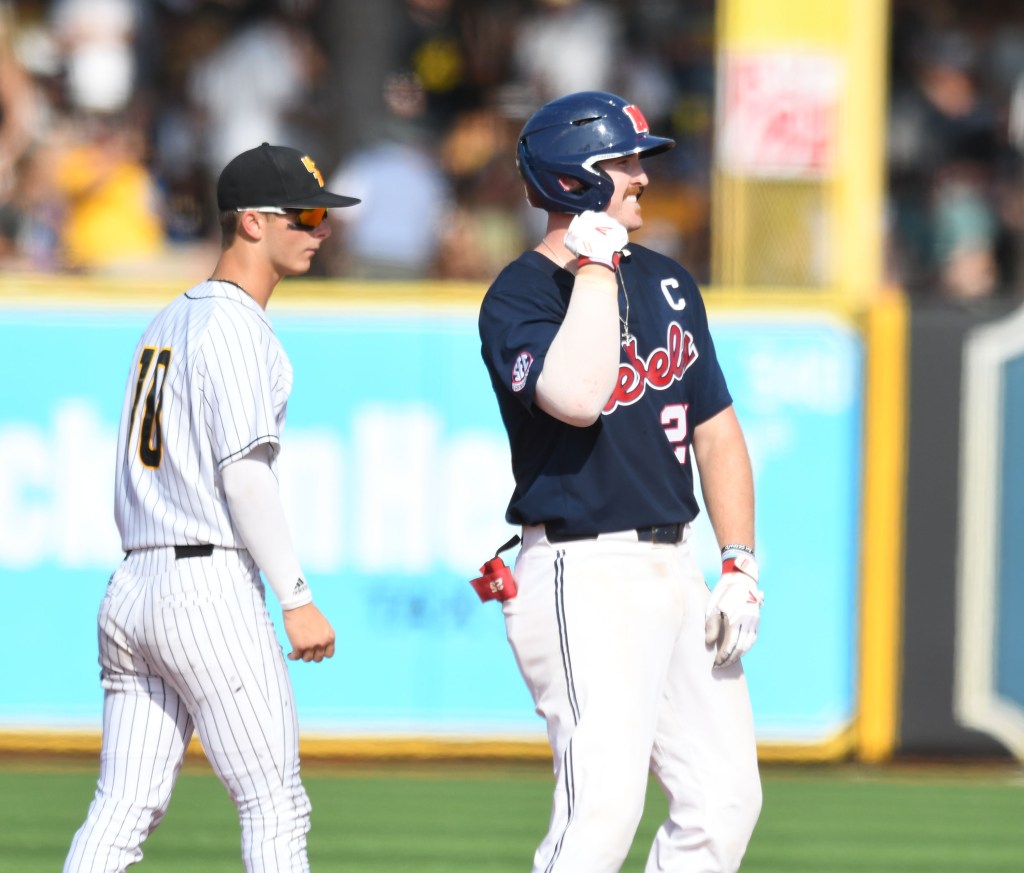 Ole Miss first baseman Tim Elko hits the John Wall after delivering a two-RBI double in the sixth inning of the Rebels' 10-0 win over No. 11 Southern Miss in game one of the Hattiesburg Super Regional on Saturday, June 11, 2022. (©Bruce Newman)

It is the second straight season that the Rebel slugger has received the distinctive honor at first base.

One year after grabbing the nation’s attention through by battling back from an ACL injury, Elko has returned to peak form this season. The senior has set a single-season school record with 22 home runs on the season, moving into second place in the Ole Miss career record book with 44 big flies in a Rebel uniform.

A three-time team captain, Elko is batting .302 with a team-high .656 slugging percentage. The Lutz, Florida, native ranks third in the SEC with 71 runs driven in on the season, crossing the plate 57 times himself to rank second on the team. One of the most feared bats in the nation, Elko has also walked 40 times.

Putting up numbers all season long, Elko has stepped his game up even more during the Rebels’ postseason run to the College World Series. The senior is batting a team-high .500 in the NCAA Tournament, taking seven of his nine hits for extra bases, including the first three-home run game of his vaunted career. Elko is tied for the team lead with 10 postseason RBIs, pacing the Rebels with eight runs.