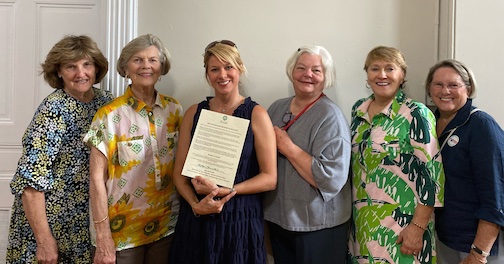 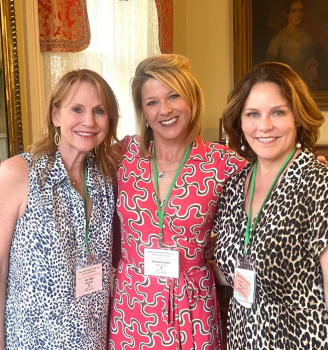 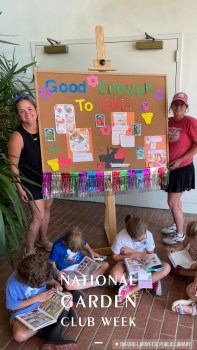 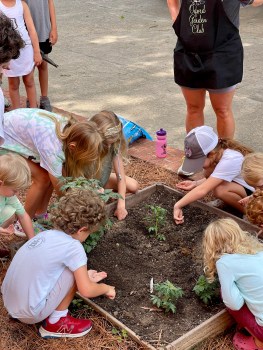 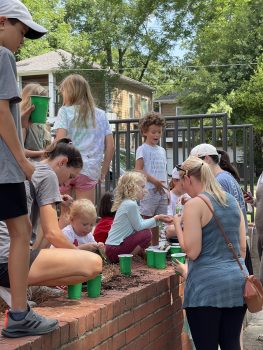 The Oxford Garden Club is planting its best foot forward and making itself known in the community through numerous projects.

Recently, the club garnered over 40 Deep South and State level awards and two national awards from the National Garden Club.

Mayor Robyn Tannehill and the Board of Aldermen recently recognized the organization’s achievements at the June 7th regular Board of Aldermen meeting and declared June 6-13 National Garden Club Week in OGC’s honor.

Incoming OGC president Jane Yerger said the accolades and recognition are a big change for the OGC.

“It’s huge for our club,” said Jane Yerger. “It was COVID and nobody could do anything but we were really working hard behind the scenes.”

Yerger is following in the footsteps of former president Brandall Laughlin. Under Laughlin’s tenure, the OGC participated in projects that would bring them attention. One project inspired by Laughlin’s personal story would help the OGC win a national award.

Last April, the OGC began an event that only started as a tribute to a loved one. Laughlin lost her youngest son, Walker Joyce, six years ago in a tragic car accident.

Walker aspired to be a farmer when he grew up, so in his honor, Laughlin decided to honor his memory with a butterfly release.

“The essence of it is we go to the Old Armory Pavilion and we get all these cocoons in,” said Yerger. “Brandall would keep them and bring them when we’re ready. It’s always right before Earth Day.”

The OGC encouraged the public to buy cocoons for $5 each and each butterfly could be dedicated to the person of their choosing.

“It was beautiful and kids have loved it,” Yerger said. “You can do it in honor or in memory of anything you want.”

Yerger believed her friend and former colleague RFD-TV anchor Tammi Arender would be interested in the story. And she was right.

RFD-TV is a leading independent cable channel for Rural Media Group and is available in more than 52 million homes on DISH, DIRECTV, AT&T U-Verse to name a few. Arender finds stories about gardening and landscaping around the region for RFD-TV, but the OGC’s Butterfly Release story stuck out to her.

“When Jane told me about the Butterfly Release, of course, all of our stories have to have an agriculture connection, I thought it’d be a beautiful video,” said Arender. “But then Jane told me about Brandall’s son and the reason for the release and then the story got a lot more emotional… The story just grew and tugged on my heart.”

“I told my executive producer, this story is way more than a 45-second story. The butterfly part of it is just one tiny part.”

According to Arender, she only gets a few minutes to tell a story but two or three minutes isn’t enough oftentimes when you want to get to the core of it. Most times it’s easy to forget the stories once they were done, but the OGC’s Butterfly Release was memorable to the anchor.

“That story to me, it had an impact and the fact that it got recognized by the National Garden Club just meant the world to me,” Arender said.

Arender’s story on the Butterfly Release event helped secure OGC one of the two national awards from the National Garden Club.

This past April, OGC held its 2nd Annual Butterfly Release and dedicated the event in memory of the late Ole Miss Chi Omega member Ann Caroline McIntosh. OGC sold cocoons for the event once again and earned about $3,000 in total for the event. Those earnings would go to fund future projects.

“We hope to do things like that every year and we hope it grows,” said Yerger.

But the Butterfly Release is only one of many community projects the OGC works on.

The club has an ongoing project called Daffodil Dedications, inspired by the original project of the OGC in the late 1950s. Daffodil Dedications is designed to revitalize the daffodil plantings along North Lamar and South Lamar Boulevards. Participants can buy a bag of daffodil bulbs for $25 and the bag will be planted in dedication to the person or persons of your choosing and an acknowledgment card mailed to a recipient of choice.

OGC also participates in the city’s Adopt-a-Street program and monthly cleans up litter on Bramlett Boulevard. Members regularly visit the Veteran’s Home and bring flowers for the residents.

Also, every Christmas season, the OGC works with the city to landscape the greenery around the downtown Square with flowers.

Most recently, OGC has partnered with the Oxford and Lafayette County Public Library for a new library garden with the participation of children in the community. OGC members worked with the children to plant vegetables and herbs and the kids got to take home some herb plants or wildflowers as a gift. In addition, OGC will regularly display a new garden education bulletin in the library’s lobby.

Almost all of these projects and ventures coincide with OGC’s message: “Plant It Forward.”

“We’ve been thinking about it for a couple of years and this year we hope to work with the city,” Yerger said. “They’re going to try and help us do a butterfly garden. We may not finish it this year and it may be two years down the road but it’s going to be great.”

For more information on the Oxford Garden Club, visit www.facebook.com/oxfordgardenclub. 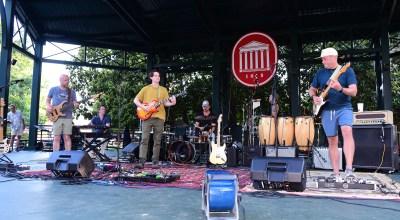