“Be where your feet are:” Ole Miss baseball staying grounded prior to CWS-opener versus Auburn 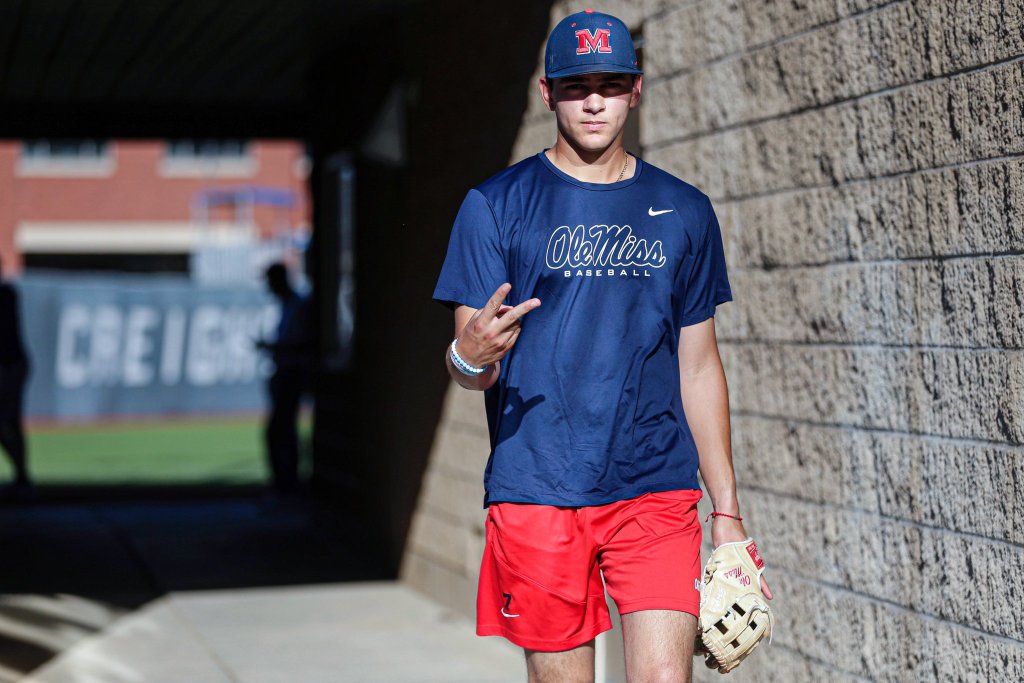 OMAHA, Neb. — Ole Miss baseball knows they have perhaps the best chance at a national title in program history, but they also recognize the dangers of looking too far ahead.

Freshman pitcher Hunter Elliott said it’s hard not to anticipate matchups and get ahead of yourself in a tournament-style setting like the College World Series, but said taking it one game at a time is the only way to find success.

“You’re still locked in to the game you’re playing,” Elliott said. “It’s not really looking ahead or looking forward.”

“It’s just another baseball game,” said right fielder Calvin Harris. “Obviously it’s a really one-of-a-kind experience that you can have but it comes down to rolling the ball out there and playing the same game we’ve been playing all year.”

The Rebels face a familiar foe in No. 14 Auburn on Saturday, a team they took two out of three games from on the road back in March.

Players and coaches alike stressed the fact that the familiarity with their in-division rivals only goes so far however, pointing out that both squads are very different teams now compared to three months ago.

Head coach Mike Bianco echoed those sentiments, saying you can’t rely on past experience while calling Auburn the most underrated team in the SEC this season.