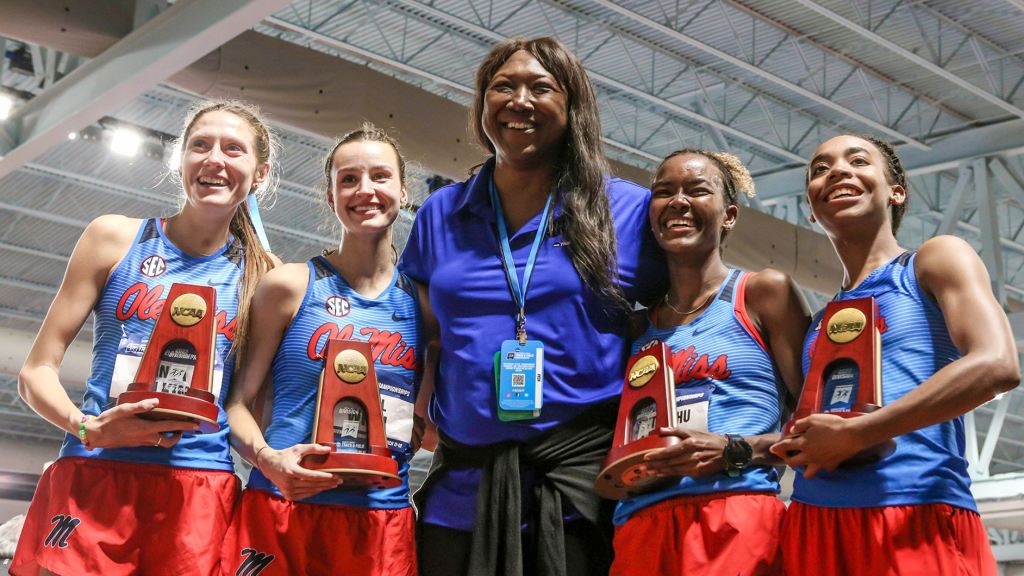 NEW ORLEANS – Ole Miss women’s track & field and cross country has been rewarded for a historic 2021-22 campaign across the cross country, indoor and outdoor seasons with a program record fifth-place finish in the USTFCCCA Program of the Year standings released on Tuesday. The Rebel men appeared for the fourth time in the last six years as well at No. 12.

The Program of the Year award assigns a point value to the national finish of each team following the cross country, indoor and outdoor seasons, with the lowest point total being named the winner. Texas edged out Stanford for the men’s title, 17-25, while Arkansas claimed the women’s crown by a tight 1.5-point margin over BYU, 18-19.5. Ole Miss was fifth in the women’s race with 36 total points, while the 12th-place Rebel men scored 67 points. Ole Miss was one of just nine schools in the nation to have both teams represented in the final standings alongside Alabama, Arkansas, BYU, Florida State, Michigan State, Oklahoma State, Oregon and Stanford.

This marks just the fourth all-time appearance for both the Ole Miss women and men. This year’s record fifth-place showing by the Rebel women is their fourth top-10 finish in the last five years, and it bests their previous record of seventh set just last year for the 2020-21 season. For the Rebel men, this is their fourth top-15 showing since 2016. All eight Ole Miss appearances in the final USTFCCCA Program of the Year standings have come under seventh-year head coach Connie Price-Smith, who took over in the 2015-16 season.

The Rebel women put together an all-around stellar body of work across all three seasons to earn that No. 5 finish, notching top-20 finishes in each for the first time in program history. Ole Miss finished a program record 10th at the NCAA Cross Country Championships thanks in large part to the first All-American cross country runner in Rebel women’s history, Sintayehu Vissa.

Ole Miss carried that momentum into a spectacular indoor campaign, where Shey Taiwo won the NCAA title in the weight throw on the third-best toss in world history to lead the Rebels to a combined program record tie for sixth place overall. Also assisting indoors were NCAA runners-up Jasmine Mitchell in the weight throw, as well as Vissa in the mile and as the anchor on the sixth-place distance medley relay alongside Anna Elkin, Jayda Eckford and Loral Winn. Outdoors, it was more of the same from Vissa, who continued to emerge as one of the nation’s most versatile runners, ending the season on top as Ole Miss’ first ever NCAA Champion on the track at the outdoor national meet after winning a thrilling women’s 1500-meter final.

The Rebel men also had a strong overall campaign, notching their third-best NCAA Cross Country finish ever in 15th place before a historic indoor season of their own. Ole Miss tied for its most men’s points ever scored at the indoor national meet with 20 points to finish tied for 10th overall – the second-best NCAA Indoor finish ever in Rebel men’s history. Leading that charge was an NCAA title from Mario Garcia Romo in the mile, the first individual national title on the track indoors in combined Ole Miss history since 2005. Garcia Romo nearly completed the sweep with the outdoor 1500 title, but fell less than two tenths of a second short as the NCAA runner-up to lead the Rebels at the NCAA Outdoor Championships.