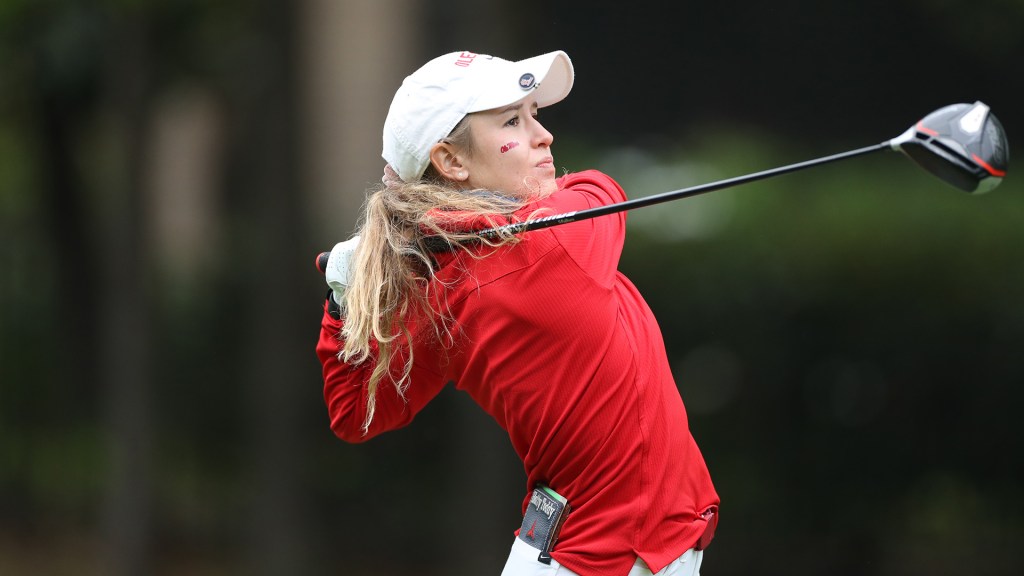 NORMAN, Okla. – Ole Miss women’s golfer Chiara Tamburlini has been selected to be a part of the International Team roster at the 2022 Arnold Palmer Cup, the Golf Coaches Association of America announced Monday.

The annual tournament, held this year in Vandœuvres, Switzerland, features both men’s and women’s collegiate golfers from the United States facing off against their international counterparts in a team competition. Team USA currently leads the all-time series 13-11-1.

Tamburlini is coming off of a career year for the Rebels, earning WGCA First-Team All-American and First-Team All-SEC distinctions following a 2021-22 season where she logged team and career-bests in season stroke average (72.60), top 5 finishes (3), top 10 finishes (7) and top 20 finishes (11). Tamburlini’s junior campaign was capped off with an exclamation point at the 2022 NCAA Championships in Scottsdale, where she claimed the second-highest individual finish at NCAAs in program history, finishing eighth overall.

This marks Tamburlini’s first career appearance in the Palmer Cup, as the St. Gallen, Switzerland, native is set to return to her home country to compete against Rebel head coach Kory Henkes. Henkes is slated to serve as co-head coach for Team USA in the event.

The 2022 Arnold Palmer Cup is set to run July 1-3 at the Golf Club de Genève in Vandœuvres, Switzerland. Golf Channel coverage of the tournament is still to be announced.