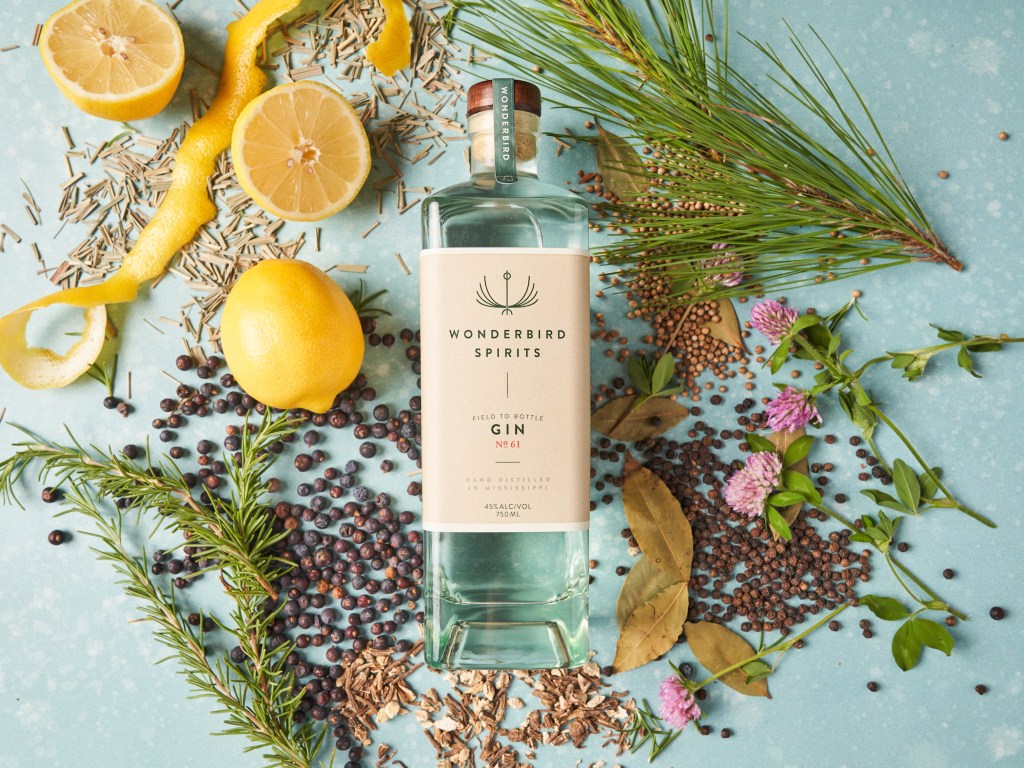 A Taylor-based grain-to-glass gin distillery is in the beginning stages of expansion.

On Monday morning, the Lafayette County Board of Supervisors approved Wonderbird Spirits’ request for a conditional use permit for the expansion of its facility.

Wonderbird Spirits was formed in 2017 but didn’t begin to sell product until May 2019. The distillery sources jasmine rice from Two Brooks Rice Farm in Tallahatchie County to create an award-winning product.

In three years, the small business has grown exponentially and co-owners Thomas Alexander, Rob Forster and Chand Harlow are keeping that momentum.

“Our dream was to always need to expand because that means we’re growing, and the people want what we’re producing,” said Alexander. “Probably within the past 12 months or so, especially kind of in the— I hesitate to call it the post COVID world because we’re still in it— I think we have been encouraged by the growth that we’re seeing in our demand and the markets that we’ve entered. We feel like there are a lot of strategic markets that we haven’t tapped yet.”

Wonderbird Spirits distributes its product throughout most of the Southeast. It has entered Texas and recently entered Georgia, expanding its reach and gaining more customers in the market.

“I think as we go into new markets, and as we continue to get bands in our sort of anchor, local regions, we’re getting to a point where production capacity is something we can see being crunched down the road a little ways,” Alexander said. “So we’re trying to stay ahead of that demand and that growth trend, and that’s why we’re looking to this expansion at this time.”

Their eyes are on the future, but Forster said it’s impossible to say how many jobs the expansion will create at this time. They are only in the beginning stages of their plans and are fortunate to have gotten approval so that they can start thinking about expansion in practical terms.

“What we hope, and what we have said in previous meetings, is that within five years, we would love to have 10 people working for us full time,” he said. “If we do our job right, that number could be higher.”

What sets Wonderbird Spirits apart from the majority of distilleries is that they generate their own alcohol.

“[Other distilleries] order it in mass quantities, from typically the Midwest, where corn and wheat are sort of overly plentiful, and they’re monster factories that refined the agricultural products into different fuels, essentially,” Forster. “We wanted to take that step back and do it ourselves.”

The distillery has a small crew, including the owners, churning out their gin in a labor-intensive process. Wonderbird Spirits ferments the rice sourced from Two Brooks Farm to create a very raw alcohol which is then refined into a purer form of alcohol called a base spirit.

They then use that base spirit in a sake beer, a raw alcohol made out of rice, which is refined even more to make a base beer.

“The process of making gin is to take a very fine, refined base alcohol and heat it,” Forster. “When it’s heated to a sufficient degree, 173 to 174 degrees, it begins to vaporize and rise up. We direct the flow of that vapor through what’s called a gin basket which is just a mesh piece of metal into which we have placed a whole variety of chosen leaves, berries, fruit peels, etc.”

The vapor will rise through those chosen elements, taking on their essence and flavor, and will later condense into a distillate forming the gin.

“Tom and our third partner Chand does a great deal of the distilling and production here which I’m very grateful for,” said Forster. “I go out on the road and get the extraordinary pleasure of getting to tell our story and how we got here and why and then taste-testing people on our product. I was just telling Tom today I’ve never been more excited about what we have going on here. It’s really, really a great time for us.”

And Wonderbird Spirits is seeing much success. The company recently won two gold medals at the 2020 San Francisco World Spirits Competition for its gin and its packaging design. It also won 2021 Made In the South Overall Award for its Artisinal Gin, distilled from magnolias.

“… We try to stay as humble about everything we do here as possible, but there’s some really cool stuff going on here and that makes us feel good,” said Forster.

Word of Wonderbird Spirits is spreading fast and the company is gaining recognition across the region. It’s becoming so great that, it’s even impacting local tourism.

Forster recounted a story about a couple who reached out to him for a tour and taste testing at Wonderbird Spirits.

“This really cool, interesting, intelligent couple had driven down from Memphis for a day trip because they heard about us through a bartender at one of those excellent bars in restaurants in Memphis called Hog & Hominy, which is a famous restaurant,” Forster said. “They drove down here because they heard about it. They were doing a tasting at Wonderbird and then they were going to have a really nice lunch on the Square and do a little bit of shopping… It feels exciting to kind of be a part of Oxford’s kind of hospitality and food scene in that way.”

This time is a turning point for Wonderbird Spirits. After a couple of years of creating a foundation and settling into the industry, Forster feels they will be ready to take the country by storm in the future.

“We have been at this trying to create this opportunity now for four years-five years, and it feels like we’re coming to a transition point where we’re through what they call idea phase,” Forster said. “Like you’ve learned how to make some gin. Let’s see if we can go out into the world and gain a fan base, and do all the work to create a real brand that’s not only known in Mississippi and in the southeast, but hopefully, in due course, nationally.”