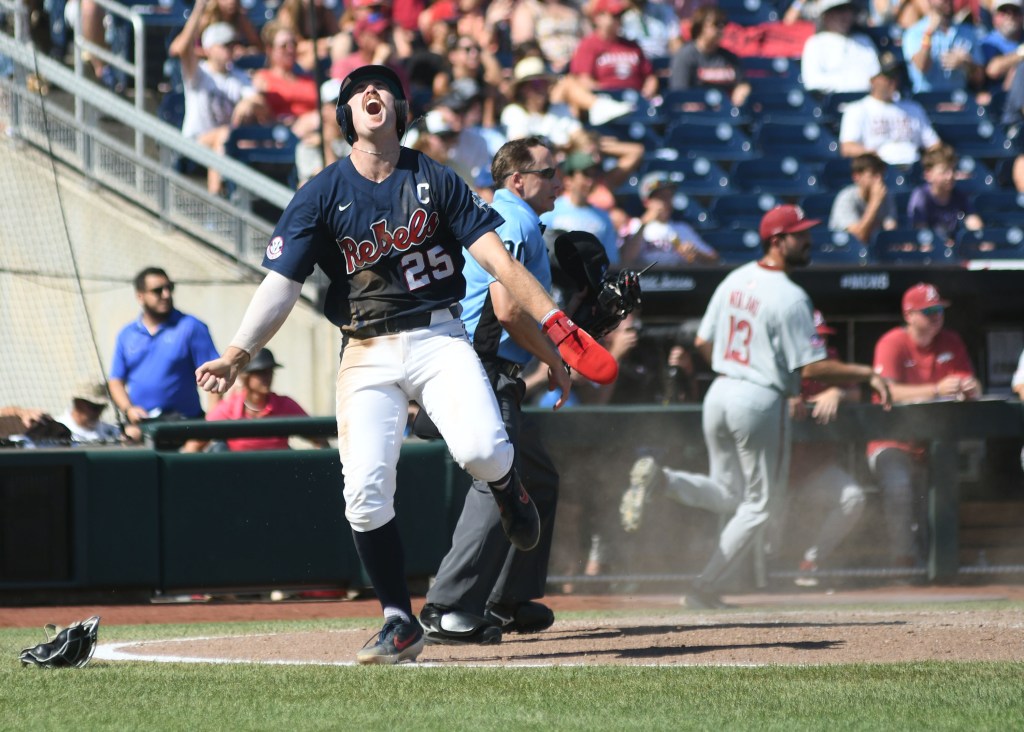 Ole Miss first baseman Tim Elko celebrates after scoring on an RBI single by right fielder Calvin Harris in the seventh inning of the Rebels' 2-0 win over Arkansas in Game 13 of the College World Series at Charles Schwab Field in Omaha, Neb., on Thursday, June 23, 2022. (©Bruce Newman)

OMAHA, Neb. — Ole Miss baseball bounced back from a loss to Arkansas on Wednesday to secure a 2-0 victory over the Razorbacks as they advanced to the College World Series final for the first time in program history.

Starter Dylan DeLucia was masterful on the mound, throwing a complete-game shutout in the biggest game of his collegiate career.

The Rebels’ lineup did just enough to support their ace, plating a run in the fourth inning on an RBI double by left fielder Kevin Graham before tacking on an insurance run on an RBI single by right fielder Calvin Harris in the seventh.

That proved to be enough as DeLucia carried the Rebels to the first College World Series final in the 121-year history of Ole Miss baseball.

The Rebels will take on Oklahoma in the final, which is scheduled to begin at 6 p.m. on Saturday.