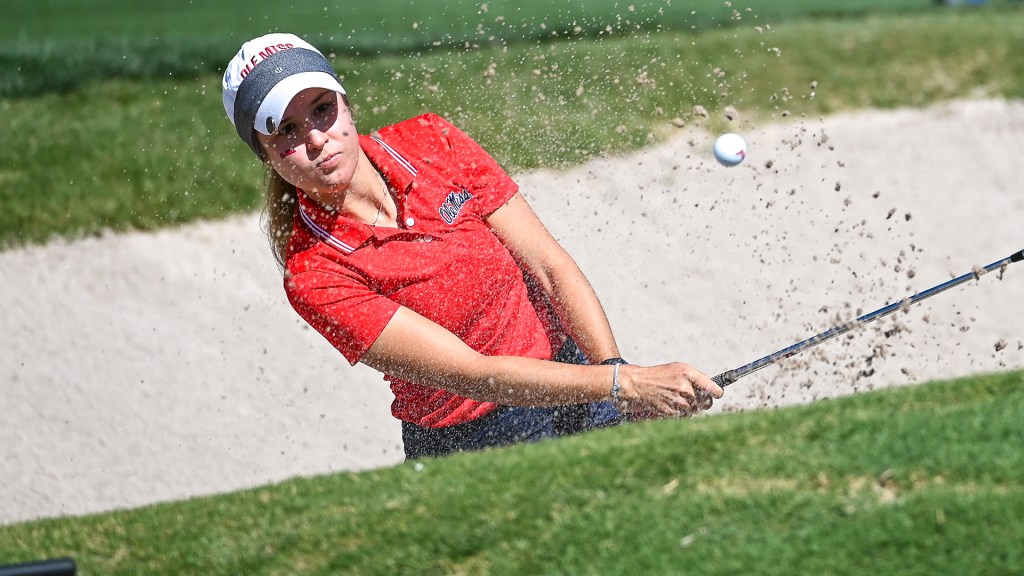 Junior Chiara Tamburlini continues to rake in postseason recognition following her strong 2021-22 season for Ole Miss women’s golf, with Tamburlini being named a Second Team Golfweek All-American as announced by Golfweek on Wednesday.

Having earned first-team All-America honors from the Women’s Golf Coaches Association (WGCA) following her top 10 individual performance at the 2022 NCAA Championships, Tamburlini sits as the fourth Rebel in program history to have been named as an All-American.

The St. Gallen, Switzerland, native wrapped up a milestone year by finishing eighth overall at the 2022 NCAA Championship. It was the second-highest individual finish at the NCAAs in program history, while also standing as just the second time a Rebel has finished in the top 10 at the NCAAs.

Ending her year with a team-best 72.60 stroke average on the 2021-22 season, Tamburlini became the fifth Rebel in program history to bring home first-team All-SEC honors earlier this season, marking the first All-SEC honor of her collegiate career.

The 2021-22 season ended with Tamburlini having earned at least a top 20 in every single tournament appearance for the Rebels on the year, going 11-for-11 in the category. Tamburlini also ended her junior campaign having recorded three top 5 finishes and seven top 10 finishes.