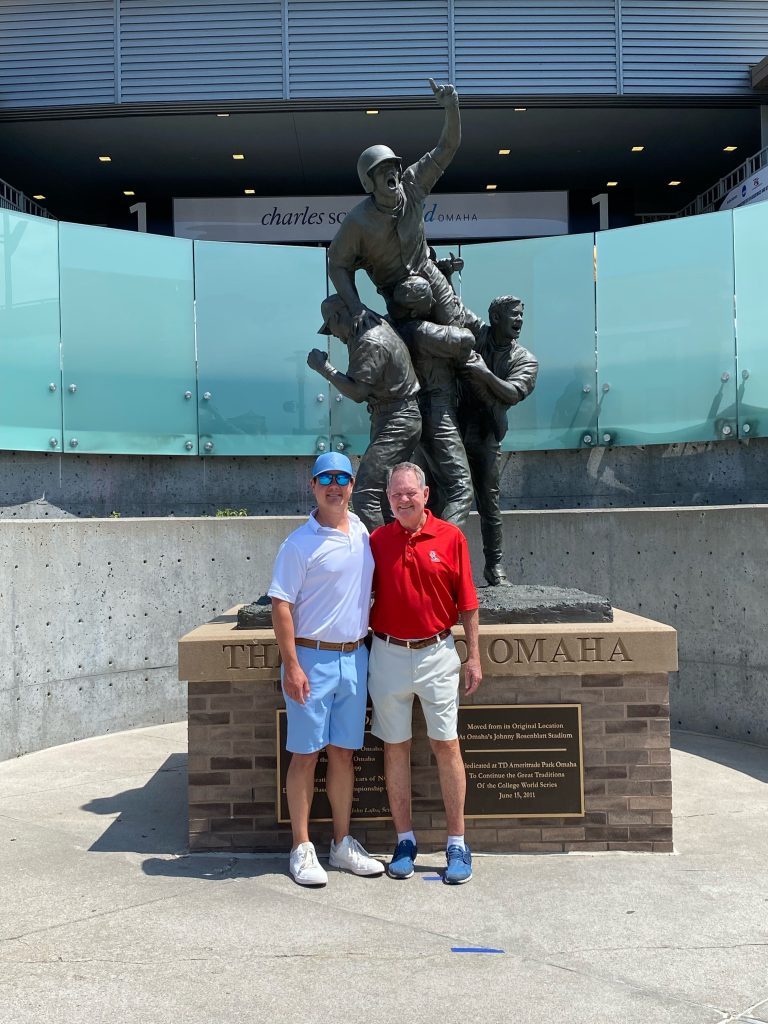 OMAHA, Neb. — John Ott and his son Jake have been waiting for this moment for a long time.

The two Ole Miss alumni have been coming to games at Swayze Field since it opened in 1989, and have experienced both the highs and lows of Ole Miss baseball over the past 30 years.

They witnessed the Rebels snap an 18-year postseason drought in 1995 when the team went 40-22 to reach the Atlantic I regional final.

They saw the team slump back to 22-31 in the first season under head coach Pat Harrison before bouncing back two years later to secure a tournament spot in the College Station regional in 1999, only to finish 12-17 in SEC play the following year as they missed the tournament for the 22nd time in 24 years.

The current Ole Miss skipper led the Rebels to the New Orleans regional in his first year at the helm, becoming the first Rebel head coach to lead the team to the postseason in their first year at the reins since Jake Gibbs in 1972.

He proceeded to land Ole Miss teams in the postseason in 18 out of the next 21 years, culminating in this year’s run to the College World Series finals.

For fans like the Otts who have been here for the long haul, this run means everything.

“After so many years of heartache and heartbreak it feels so good to have something to really be proud about,” Jake said. “What Mike’s done for the program—the regionals, the Super Regionals, it’s not just good for the team, for the university, it’s good for Oxford.”

The younger Ott graduated from Ole Miss in 2002, when Bianco was just beginning to lead a fledgling program back to its former glory.

His father, John, remembers the glory days of Ole Miss baseball, but the McComb, Mississippi native wasn’t a fan of Ole Miss at the time.

He didn’t become a fan until attending law school at Ole Miss in the late 1970s, where he developed an attachment to the school that he passed on to each of his children.

The patriarchal Ott sent four children to school in Oxford, including Jake who started at the university in 1999.

“You’ve been writing tuition checks to Ole Miss for 25 years,” the younger Ott joked with his father.

Their decades-long fandom has culminated with a trip to Omaha this year, where they are cheering on their Rebels as they attempt to secure the first national championship in school history.

For the Otts, the best part of the trip has been celebrating the passion they’ve shared as a father and son for over 30 years.

“The coolest part of the whole deal is hanging with my dad through Father’s Day doing what we’ve done for 30-plus years,” the younger Ott said.

While the trip itself has been rewarding enough for the two Ole Miss die-hards, they still hope to see their Rebels succeed on the biggest stage in college baseball.

“We have a chance to see the first national championship at Ole Miss. It’s really awesome.”