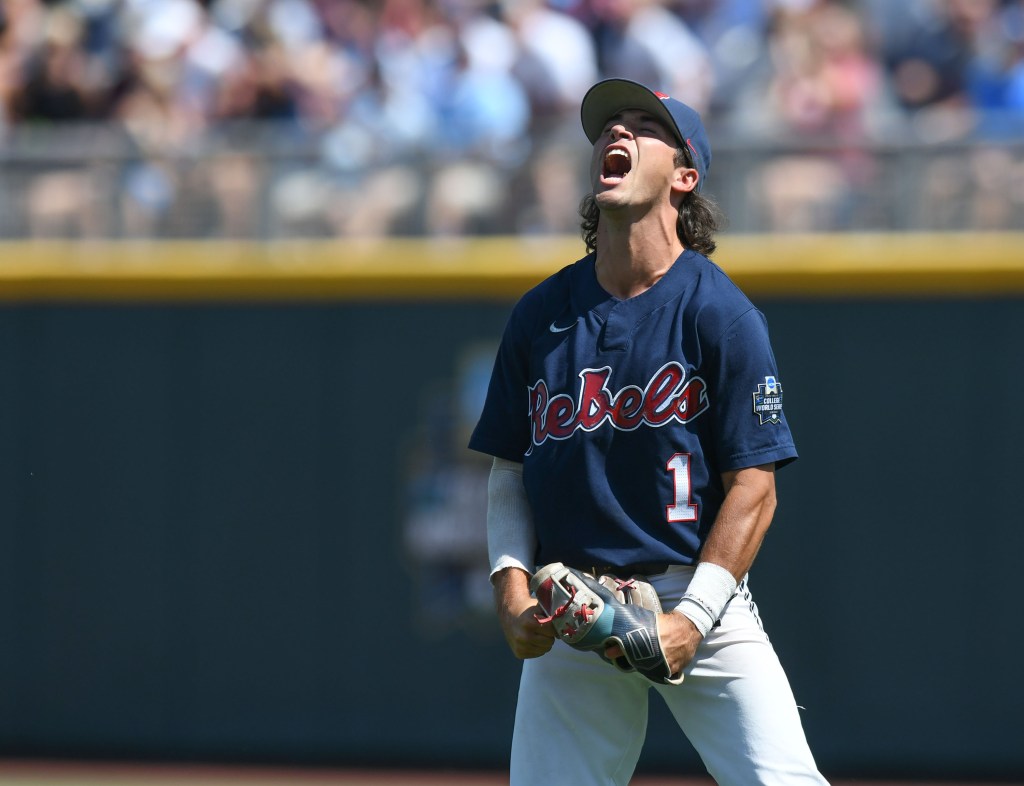 Ole Miss second baseman Peyton Chatagnier celebrates after the final out of the Rebels' 4-2 win over Oklahoma in Game 2 of the College World Series final at Charles Schwab Field in Omaha, Neb., on Sunday, June 26, 2022. (©Bruce Newman)

OMAHA, Neb. — Ole Miss baseball secured the first national title in their 121-year history with a 4-2 win over Oklahoma in game two of the College World Series final on Sunday.

The Rebels cracked the scoreboard first on a solo home run by shortstop Jacob Gonzalez in the bottom of the sixth after both starters put up zeros through the first five innings of the game.

Oklahoma responded with two runs in the top of seventh as they were finally able to string together a few hits against Ole Miss freshman Hunter Elliott, who retired 18 out of the first 20 batters he faced before issuing two doubles and a walk as he was chased from the game after 6 2/3 innings.

The Sooners’ lead did not last long however, as the Rebels struck for three runs in the bottom of the eighth to retake the lead.

Closer Brandon Johnson came in for the final three outs in the ninth and delivered with the most dominant inning of his collegiate career.

The senior righty struck out three straight batters to end the game, throwing his glove in the air in celebration after the final out as he was tackled by his teammates on the mound.

The Rebels secured the first title in program history and the first national championship for Ole Miss in a major sport since 1962.