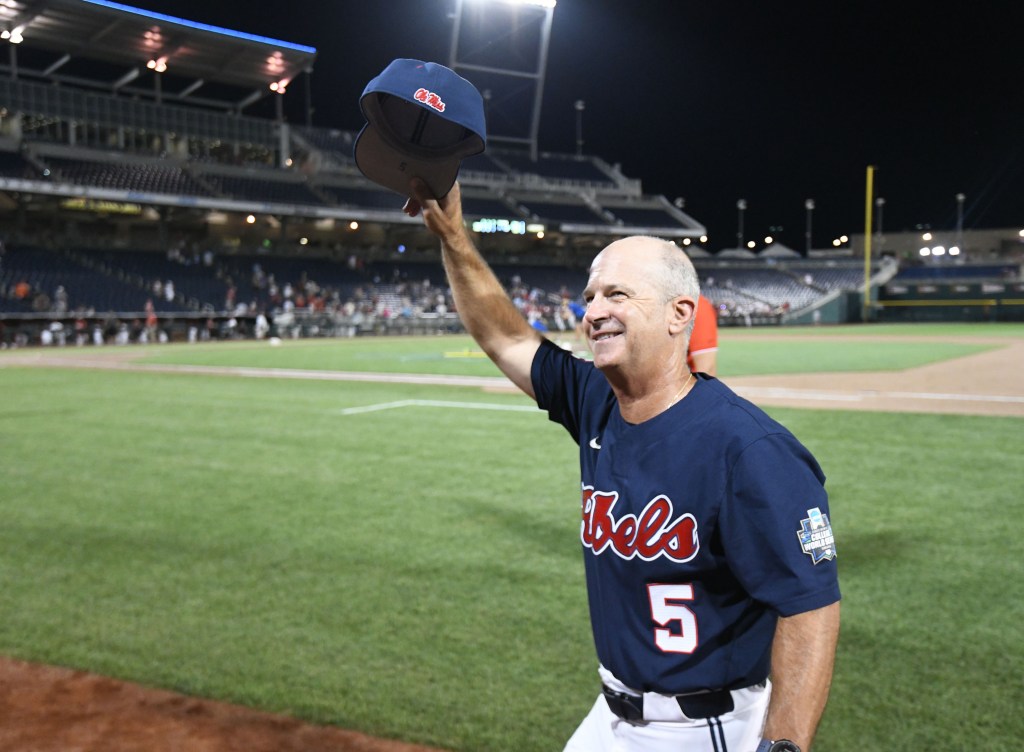 It is the second time in three years that the Rebel skipper has received the honor from Collegiate Baseball, also being named coach of the year following the shortened 2020 season.

The news comes just days after the long-time head coach of the Rebel program captured the first national championship in program history with a 4-2 win over No. 4 Oklahoma on Sunday.