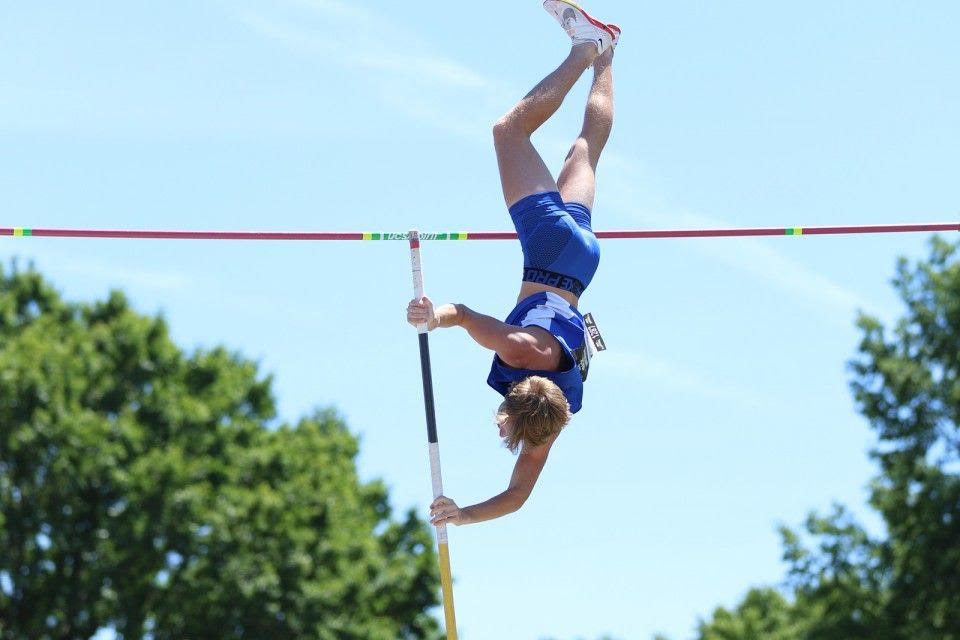 Oxford junior John Scott Kendricks finished first in the pole vault competition at the 2022 Adidas Outdoor National Championships on June 19, becoming the first Oxford athlete to win a national championship in track and field in over a decade.

Kendricks bested his previous record with a jump of 16-feet-10-inches to win gold at the competition, his first meet outside the state of Mississippi.

He made 22 runway runs before his victory jump as he struggled to find a rhythm in the loaded competition.

“All of the nerves came with the first jump of the day because it had been a long time in the car and then we got there and there were 30 other guys competing,” Kendricks said.

The nerves quickly wore off as he made his way through warmups and worked up to the final jump, which broke his previous record by two inches.

It took a while for the emotions to set in after he landed, but the rising senior said he finally allowed himself to enjoy the moment after about an hour.

“It was crazy, it didn’t really seem real for a minute,” Kendricks said. “I was so tired—everyone congratulated me and I was doing interviews and stuff, it really took about an hour to catch my breath and soak it in.”

The rising senior said the moment was especially significant because he was able to share it with his father, who he cited as the biggest influence for him on his journey.

“He’s been everything to me,” said Kendricks. “He’s my coach, he’s my dad, he’s out there every practice, every meet—I mean he’s never missed a day… that was a nice moment [for us] on Father’s Day because we’ve been working towards that all year.”

Kendricks became the first Oxford athlete to win a national championship in track and field since Justin Fondren won the high jump at the New Balance Nationals in 2011.

His top-eight finish also earned him a High School All-American honor, joining Fondren, Shelby McEwen, Horatio Williams and the 2008 women’s 4×100 relay team as the only track and field All-Americans in school history.

“With John Scott, the future is bright,” said Oxford track and field coach Chris Patton. “I believe at this time—his junior year—John Scott is ahead of [older brother] Sam. His senior year he jumped 17 feet and John Scott just jumped 16’10” his junior year.”

Kendricks says his next goal is to break his older brother’s state record of 17 feet set back in 2011.