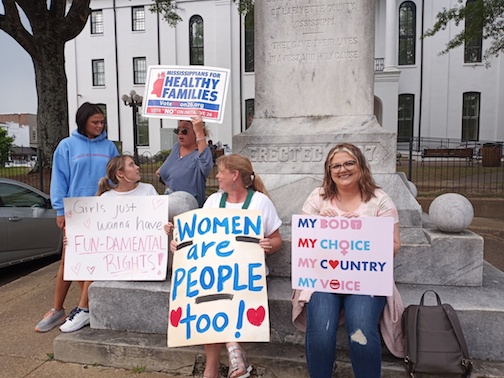 Mississippi’s only abortion clinic filed a lawsuit Monday seeking to block a state law that will ban most abortions.

The lawsuit says the Mississippi Supreme Court issued a ruling in 1998 that recognized a right to abortion in the state constitution. A hearing on the new lawsuit was not immediately set.

A 2007 Mississippi law says if Roe v. Wade is overturned, abortion will be legal only if the pregnant woman’s life is in danger or if a pregnancy was caused by a rape reported to law enforcement. The law takes effect 10 days after the state attorney general publishes a notice about Roe v. Wade being overturned.

The Supreme Court on Friday overturned Roe in a case that originated in Mississippi. Republican Attorney General Lynn Fitch published the notice Monday, so the law banning most abortions is set to take effect July 7.

Diane Derzis, who owns the Mississippi clinic, Jackson Women’s Health Organization, had previously said she planned to close the clinic once the ban on most abortions becomes law.

The clinic continued to see patients Friday and Saturday. Monday was a regularly scheduled day off.

Mississippi legislative leaders, meanwhile, are creating committees to explore whether the state should update laws or policies after the Supreme Court ruling.