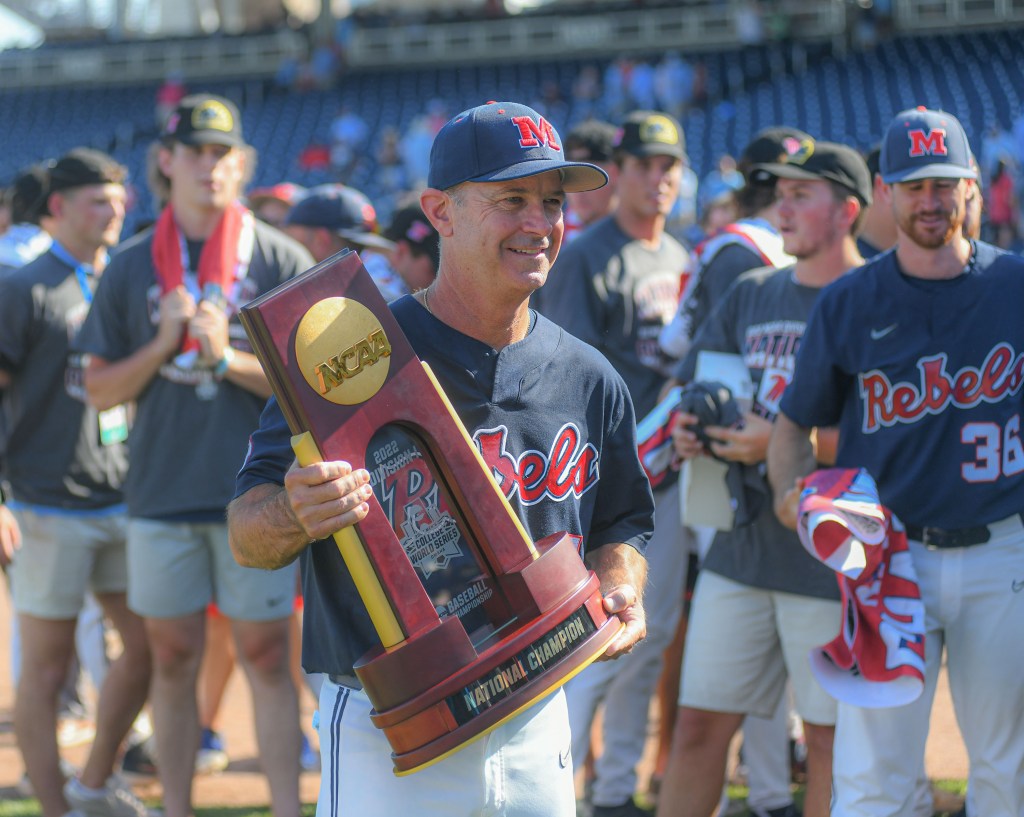 It is the second coach of the year nod in as many days for the Rebel skipper, who also received the recognition from Collegiate Baseball Newspaper on Tuesday.

The long-time head coach of the Rebel program captured the first national championship in program history with a 4-2 win over No. 4 Oklahoma on Sunday.