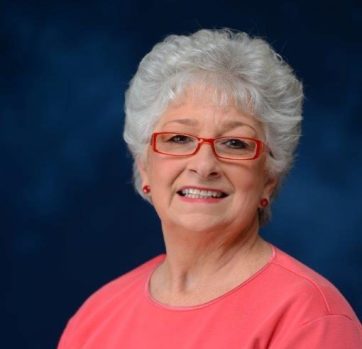 Bonnie Brown writes a weekly column for The Oxford Eagle. Contact her at bbrown@olemiss.edu 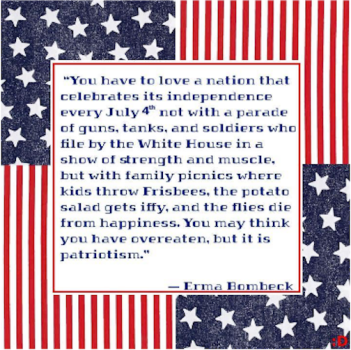 The Fourth of July holiday is the way we commemorate the adoption of the Declaration of Independence by delegates from the 13 colonies.  All the delegates signed it.  Even the feuding friends, John Adams and Thomas Jefferson.  Unlike our government today, the delegates came to a consensus as to what was best for our nation.

This is what John Adams said, according to the June 27, 2022 edition of Almanac.  “John Adams described the way Americans should celebrate their independence each year. He envisioned the celebration to be one filled with fun, games, and fireworks—not an occasion for displaying military strength (as one might expect).”

Even Erma Bombeck, the late humorist and newspaper columnist, wrote the following about our truly authentic American Fourth of July celebrations: “You have to love a nation that celebrates its independence every July 4th not with a parade of guns, tanks, and soldiers who file by the White House in a show of muscle and strength, but with family picnics where kids throw Frisbees, the potato salad gets iffy, and the flies die from happiness.  You may think you have overeaten, but it is patriotism.”

So even though there’s no mention of hot dogs in John Adams’ or Erma Bombeck’s description as to how Americans should celebrate, I for one think hot dogs are a must!  Long ago my two younger brothers, my mom, dad, and I would go down to the “crick” (translation creek) near our house carrying the makings for a “weenie roast.” That consisted of hotdogs, buns, a jug of Kool-Aid, and marshmallows.  My dad would find a few small tree limbs, cut them into about 3-foot lengths, then with his pocket knife, he would carefully strip away the outer bark at one end of the stick. That’s where we would slip the hotdog on and hold it over the fire he had made among the rocks. Rarely did we ever get the hot dogs cooked to just the right temperature. They usually got pretty charred or hardly cooked at all. The marshmallows were much the same.

These outings had little to do with food but rather were our family’s tradition of celebrating the Fourth. These outings were such simple summer holiday celebrations, yet I remember them with such fondness. Afterward, we’d set off some firecrackers and in my mind’s eye, our simple family celebration rivaled the current-day Macy’s Fourth of July fireworks display.

John Adams believed that July 2 was the correct date on which to celebrate our independence from a distant king and country.  He even turned down invitations to appear at July 4th  events in protest.  However, when both he and Thomas Jefferson died on July 4, 1826—the 50th year of the adoption of the Declaration of Independence—it firmly cemented the commemoration date as July 4th.  However, Congress didn’t officially make it a federal holiday until 1870.

So, if you are travelling this July 4th holiday, I hope your tank is topped off, that your plane is on time, that your rental car is actually available when you arrive, and that you have a fun time with those you love the most.  May your potato salad not go bad, your weenies are cooked to perfection, and you find a quiet moment to give thanks for all the reasons we are grateful to live in the United States.