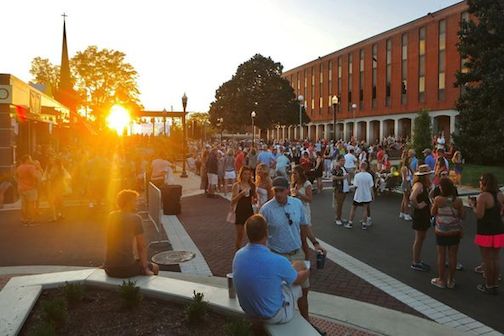 Oxford residents and guests enjoy "Eat in the Street" just after the completion of the East Jackson Streetscape project on Saturday, August 28, 2021. (Photo: Visit Oxford via Facebook) 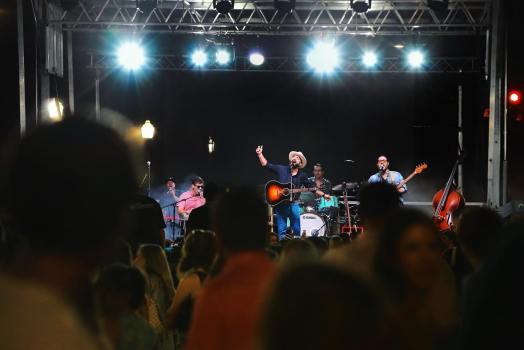 Drew Holcomb & the Neighbors perform at "Eat in the Street" on Saturday, August 28, 2021. (Photo: Visit Oxford via Facebook) 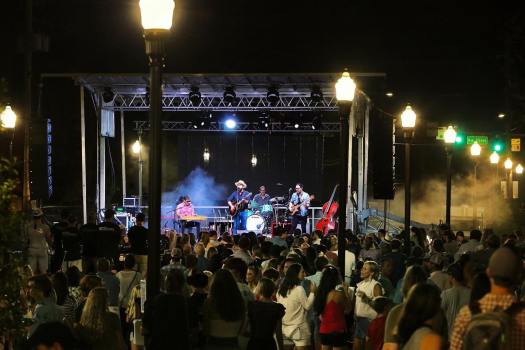 Drew Holcomb & the Neighbors perform at "Eat in the Street" on Saturday, August 28, 2021. (Photo: Visit Oxford via Facebook)

The Mississippi Municipal League recognized the City of Oxford’s efforts in planning and economic development with the “Best Overall” for their annual Excellence Awards at the  91st Annual Conference held at the Mississippi Coast Coliseum and Convention Center in Biloxi, Mississippi on June 27-29, 2022.

This annual educational and professional development event brought together more than 2,500 municipal industry professionals from across the state as well as municipal partners from the surrounding region.

The awards program gives the organization the opportunity to recognize the best of the best from their  291 member organizations. Awards were presented based on two population categories, under 10,000  and over 10,000, with one overall winner.

Winners were chosen by a committee of judges outside of the MML and one overall winner was chosen from all award applications. The City of Oxford submitted an application within the planning and economic development subject based on the development of the East Jackson Streetscape project.

The East Jackson streetscape project began as a sidewalk expansion that was to take place in 2020. With the onset of the COVID-19 pandemic, the city shut down all non-emergency projects, including the East  Jackson sidewalk project.

Construction of the streetscape began mid-May and was finished nearly two weeks ahead of the original August 17 deadline, prior to the beginning of the University of Mississippi academic year.

“We are so proud of the East Jackson streetscape project and so proud of the staff members who were able to make it a reality. I always say that the City of Oxford has the best employees and this award just reiterates that sentiment,” said Mayor Robyn Tannehill on learning of the award.

As a means to commemorate the newly developed streetscape, Visit Oxford, the city’s tourism and marketing department, planned a day of festivities throughout the day culminating with live music that night entitled “Eat in the Street” on August 28, 2021.

The family-friendly day included morning yoga in the street, live caricature drawings by a local artist, interactive games and meet-and-greets with Ole Miss athletic coaches. Live music started at 5 pm with local musicians before headliner Drew Holcomb & the Neighbors took the stage. Thousands of people came to the event throughout the day to enjoy the beautiful new streetscape.

“The League’s Excellence Awards program began in 1993 as a way to recognize cities and towns that  utilize innovative problem solving, excellence in management, citizen participation and community partnerships in order to provide increased services and a better quality of life for their communities,” said MML Executive Director Shari T. Veazey. “The applications we received this year exemplify the  creativity and dedication that Mississippi’s local elected officials demonstrate when it comes to  improving the quality of life for their citizens and generations to come.”

The mission of the Mississippi Municipal League is to help cities and towns excel. MML is a non-partisan association established in 1931, representing 291 city, town and village governments in  Mississippi. MML is also affiliated with the National League of Cities, a lobbying, legislative and legal arm representing municipalities before the U.S. Congress.

For more information about the Mississippi Municipal League, visit www.mmlonline.com.