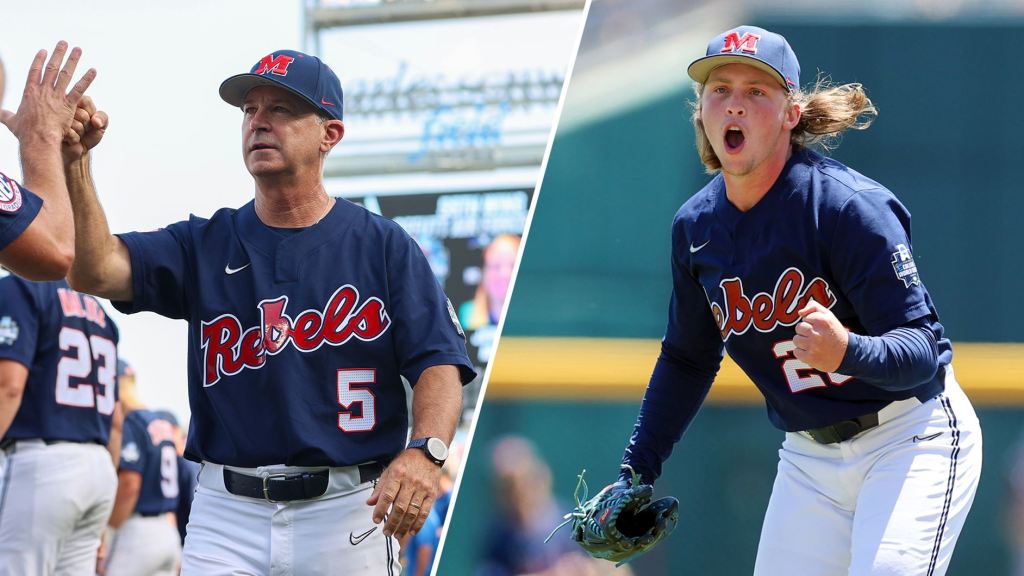 It is the third coach of the year nod for Bianco after leading the Rebels to the first national championship iin program history. Meanwhile, Elliott also earned his third freshman All-American laurel after a dynamic rookie campaign.

One of the key forces driving the Rebels during their national championship run, Elliott finished the year with a 5-3 record, making 20 appearances on the mound, including 12 starts.

The lefty hurler ranked 42nd in the nation and third in the SEC with a 2.70 ERA, the third lowest in the nation among freshmen and the lowest at the power five level. Elliott struck out 102 batters on the year, sixth most in the conference, ranking ninth in the league with a 1.14 WHIP.

Elliott made four starts during Ole Miss’ dominant NCAA Tournament showing, picking up a pair of wins and allowing just four earned runs over 25.1 innings, good for a paltry 1.42 ERA. The Tupelo, Mississippi, native struck out 28 batters in those four starts, including a season-high 10 over 7.1 shutout frames against Southern Miss in the clinching game of the Hattiesburg Super Regional.

Bianco and Elliott, along with shortstop Jacob Gonzalez, are currently competing with the USA Collegiate National Team in The Netherlands at Honkbalweek Haarlem. Team USA’s schedule kicks off on Saturday against Japan, with first pitch scheduled for 6 a.m. CT.