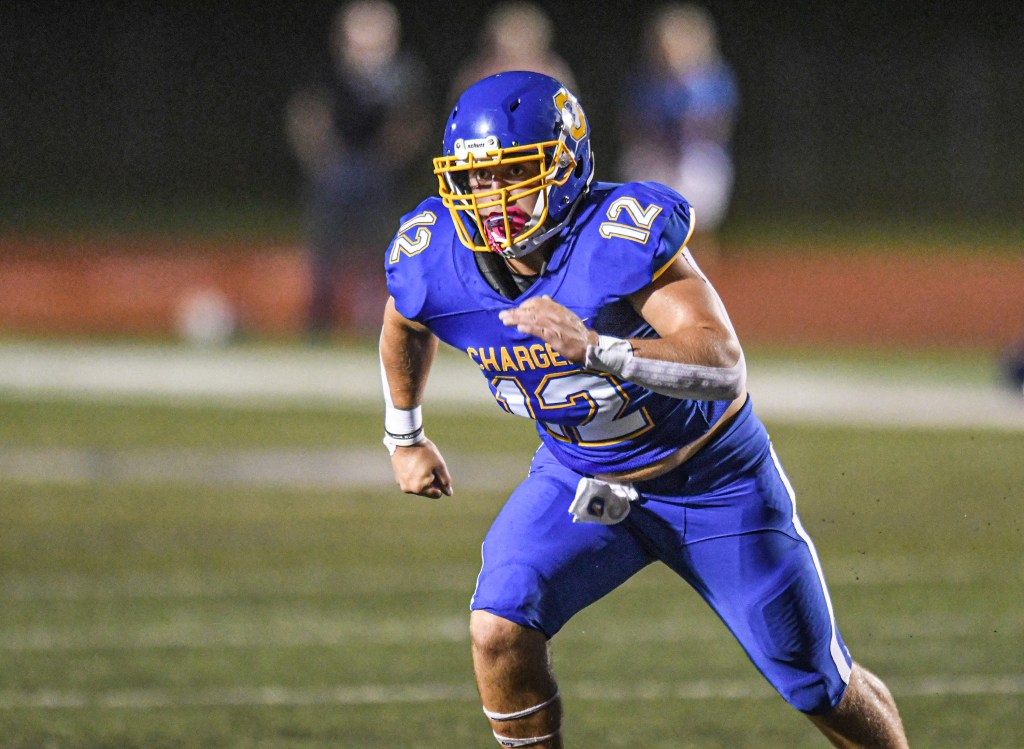 Oxford graduate Ben Goubeaux committed to play football at Ole Miss on Friday, becoming the first Charger to commit to Ole Miss out of high school since D.K. Metcalf in 2016.(©Bruce Newman)

Oxford punter Ben Goubeaux announced his intentions to continue his football career at Ole Miss on Friday, becoming the first Oxford High School player to commit to the Rebels out of high school since D.K. Metcalf in 2016.

Goubeaux made the announcement on social media on Friday—posting a photo of an Ole Miss helmet with a caption thanking those who helped him on his journey.

After a great talk with Coach Biagi @CoachBiagi , I’m excited to announce my commitment to play football for The University of Mississippi. Thank you to everyone who has helped me along the way. Ready to get to work!#PartyInTheSip pic.twitter.com/xD7CsEtHtS

The senior was a critical part of the Chargers’ success on special teams last season, averaging 39.6 yards on 39 punts.

A multi-sport athlete, Goubeaux also played a crucial role in Oxford baseball’s run to the North Half championship series this year.

The slugging first baseman batted .312 on the season—recording two home runs and a team-high 34 RBIs to help the Chargers to their first state semifinal since 2018.

Goubeaux, a California native, moved to Oxford at the end of his high school career and will now stay in town to play for Ole Miss as the Rebels attempt to build on a historic 2021 season under head coach Lane Kiffin.