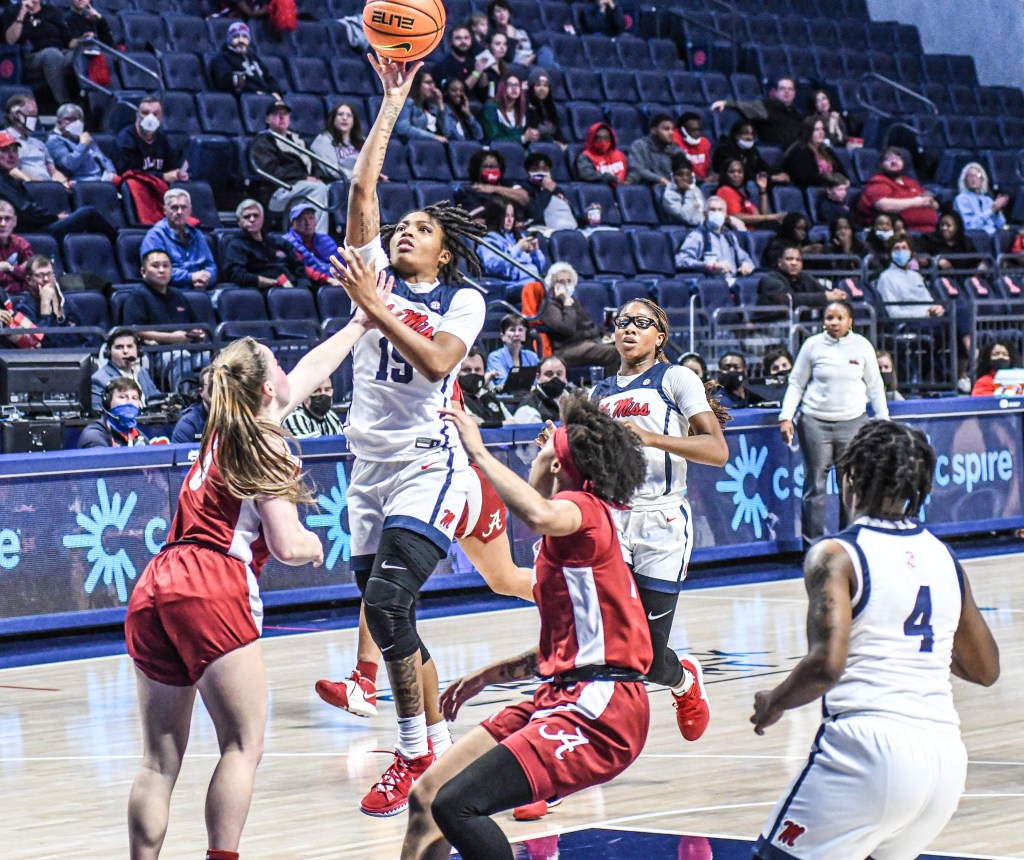 BIRMINGHAM, Ala. – Ole Miss has received its SEC opponents for the 2022-23 campaign, with the conference announcing games for all 14 schools Wednesday morning.

In-season home-and-homes include Alabama, Auburn and in-state rival Mississippi State. The Rebels will hit the road for trips to Arkansas, Georgia, LSU, Tennessee and Texas A&M. Fans will have the chance to pack the SJB Pavilion for additional home games when the Rebels host Florida, Kentucky, Missouri, South Carolina and Vanderbilt.

Head coach Yolett McPhee-McCuin enters year five in Oxford, coming off of an electric 2021-22 season as the Rebels reached their first NCAA Tournament in 15 years. McPhee-McCuin carried the Rebels to new heights defensively as Ole Miss held a record 10 opponents under 50 points and shattered the single-season block record with 142 rejections.

The Rebels return a key core from last year’s squad in starters Snudda Collins and Madison Scott, as well as the reigning SEC Sixth-Woman of the Year in Angel Baker. Fresh faces are also abundant for the Rebels with eight newcomers, including the nation’s No. 17 transfer in Myah Taylor from Mississippi State and tenacious defender Rita Igbokwe from Pitt.

Dates, times and television designations for games will be announced at a later date.