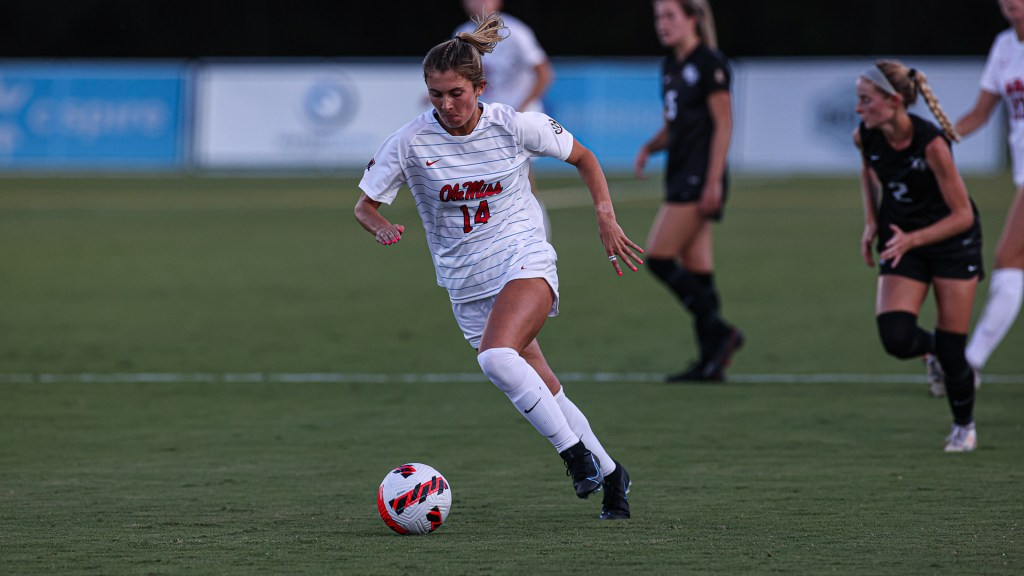 The Rebels will play 10 matches at home at the Ole Miss Soccer Stadium in Oxford, hitting the road for eight true road matches.

Prior to the start of the regular season, Ole Miss will play a pair of exhibition matches, beginning with a closed-door scrimmage against Clemson on Aug. 9 in Atlanta. Rebel fans will have their first opportunity to see the 2022 Rebels on Aug. 12, taking on Kennesaw State in an exhibition in Oxford on Aug. 12.

The regular season will kick off on Aug. 18 versus Southeastern at the Ole Miss Soccer Stadium. Three days later, Ole Miss will remain at home for the annual derby match with Memphis on Aug. 21.

The Rebels will play three road matches during the non-conference slate, hitting the road to take on Middle Tennessee (Aug. 25), Samford (Aug. 28), and UCF (Sept. 4).

Five SEC matches will be played at the Ole Miss Soccer Stadium, with the home conference schedule commencing on Sept. 22 against Florida. The Rebels will also battle Tennessee (Sept. 30) and Texas A&M (Oct. 9) in Oxford before finishing up the home schedule with a pair of SEC marquee matchups.

Ole Miss and Mississippi State will square off for the Magnolia Cup on Oct. 13 in Oxford, with three-time defending SEC Champion Arkansas on Oct. 23 to round out the home slate.