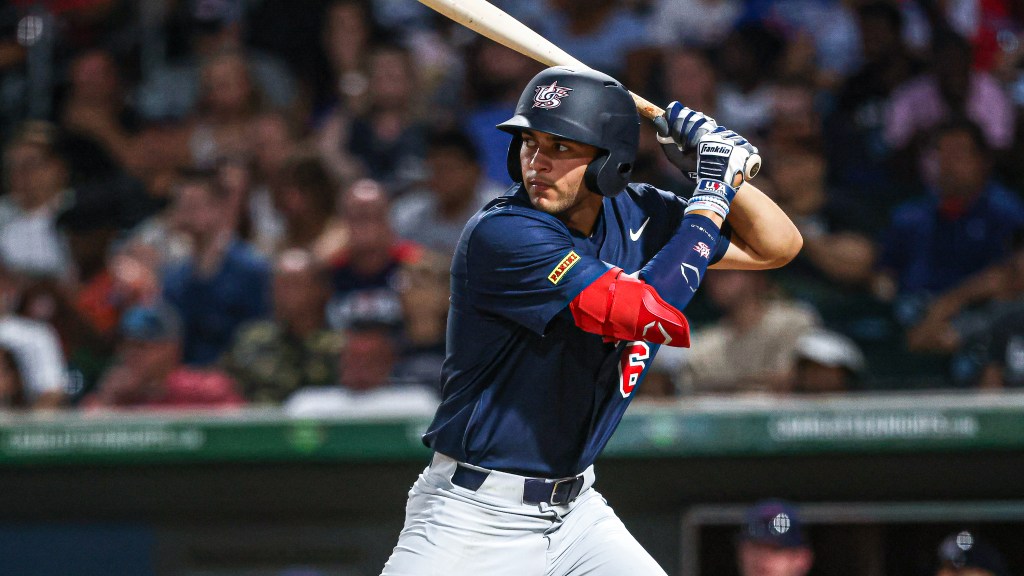 The Ole Miss trio of head coach Mike Bianco, shortstop Jacob Gonzalez (6) and pitcher Hunter Elliott led Team USA to the semifinals at the 30th edition of Honkbalweek Haarlem as they attempt to secure the gold medal in the competition for the first time since 2014. (Ole Miss Athletics)

Fresh off the first national championship in school history, Ole Miss has taken over USA Baseball’s Collegiate National team as they attempt to secure their first gold medal at Honkbalweek Haarlem since 2014.

The event, which is hosted every other year in Haarlem, Netherlands, is sanctioned by the World Baseball Softball Confederation and is regarded as one of the top amateur tournaments in the world.

This year’s competition marks the 30th edition of the tournament, which began in 1961 and has been held every other year in even-numbered years since 1972.

The Ole Miss trio has had a mixed bag in terms of results so far in the tournament, which wraps up opening round competition on Wednesday before beginning the semifinal round on Thursday.

The Stars and Stripes are 3-1 in the tournament, with wins over Italy, Cuba and the Netherlands.

Gonzalez is batting 4-for-14 over the first four games for Team USA, but has found timely hits in the past two games after a slow start to the competition.

He delivered a crucial go-ahead RBI in the third inning of Monday’s win over Cuba to help Team USA get above .500 in the tournament after falling to Japan in game one. He also launched a solo home run in Tuesday’s win over the Netherlands that extended the lead in the middle innings.

Elliott has also struggled to find a groove early in the tournament.

The Tupelo, Mississippi native did not allow a run in his only appearance of the competition, but was chased from the game in the third after giving up two hits and three walks in 2 2/3 innings.

The rising sophomore did generate plenty of swings-and-misses however—recording five strikeouts in the short outing before handing the ball over to Auburn’s Joseph Gonzalez with two outs in the third.

Team USA clinched the No. 2 seed in the semifinals with Tuesday’s 10-0 victory, and will face Curacao in the final opening round game on Wednesday before moving on to the semifinals on Thursday.

All games are available on https://app.honkbalsoftbal.tv/nl/home with the creation of a free account.