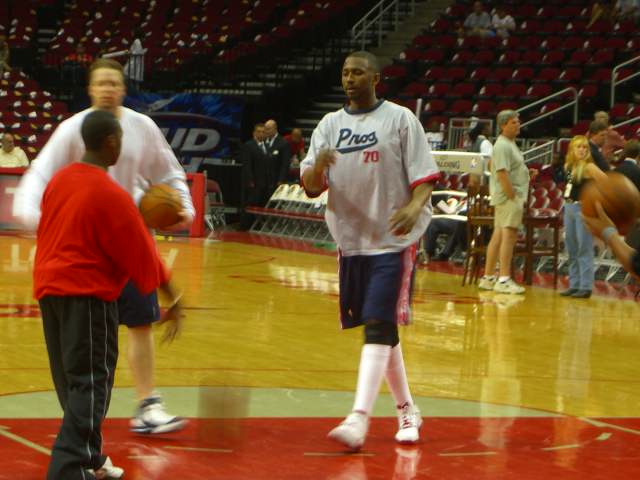 A Tennessee man serving life in prison after his first-degree murder conviction in the slaying of former NBA player Lorenzen Wright was sentenced Friday on lesser charges of conspiracy and attempted murder in the 12-year-old case.

Shelby County Judge Lee Coffee sentenced Billy Ray Turner to 25 years in prison for both the conspiracy charge and the attempted murder charge. Turner was convicted March 21 in the fatal shooting of Wright, a 6-foot, 11-inch center who played 13 seasons in the NBA before he retired after the 2008-2009 season.

Coffee sentenced Turner, 51, to life in prison on the day of his conviction. Turner already was serving a 16-year sentence for possessing a weapon as a convicted felon. Turner was found with two guns when he was arrested in 2017 in Wright’s killing and he pleaded guilty in 2019.

The judge decided that the 25-year-sentences will run concurrently, or at the same time. When added to the 16-year sentence for the gun charge, Turner essentially has been sentenced to life plus 41 years in prison, with the possibility of parole, Coffee said.

During Turner’s trial, prosecutors said Wright’s ex-wife, Sherra Wright, masterminded a plan to kill her ex-husband and recruited Turner and her cousin, Jimmie Martin, to help her.

At the time of Wright’s slaying, Martin was facing charges of killing his girlfriend, and he said his cousin helped pay part of his legal fees. Martin was convicted and is currently serving prison time in that case.

During Friday’s hearing, the judge cited Turner’s past convictions for kidnapping, gun and drug charges as he added years to the life sentence.

“He is a dangerous offender,” Coffee said. “He had no hesitation committing this crime.”