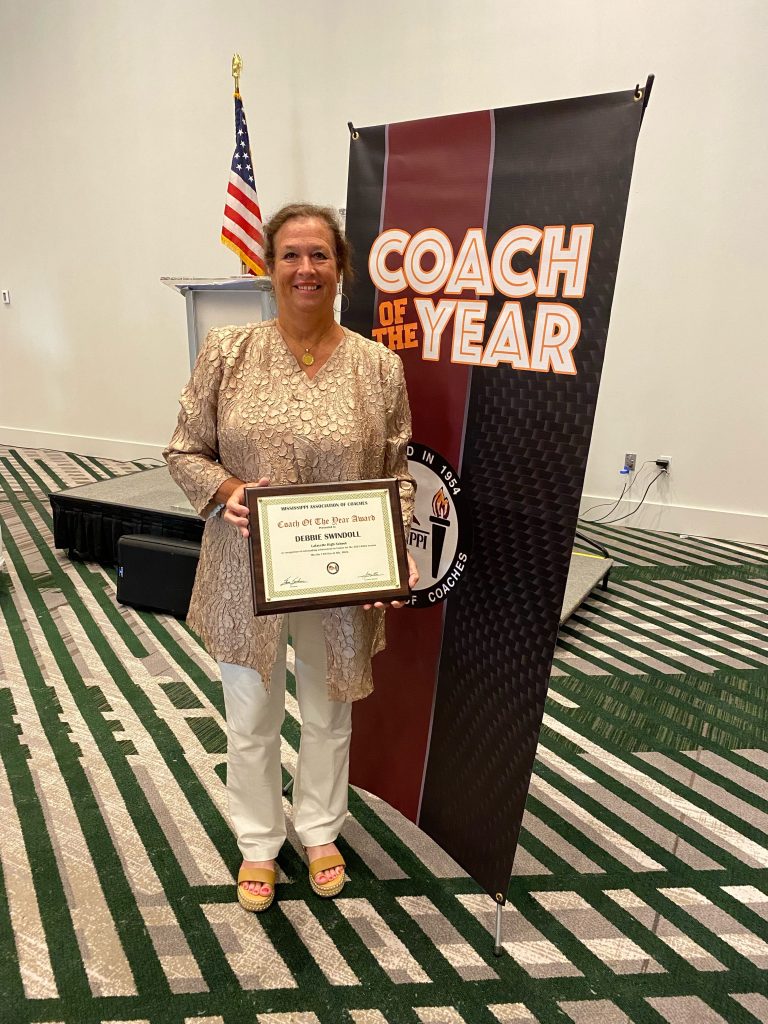 Swindoll, who led the Commodores to three state titles in the past four seasons, has established herself as one of the premiere coaches in the state after taking over Lafayette’s tennis program in 2011.

“She’s done such a great job with our program,” said Lafayette athletics director Greg Lewis. “She’s established that she has a dominant program here at Lafayette and it’s just awesome to watch them every year.”

The Winona, Mississippi native has amassed a 220-79 record during her tenure at Lafayette—during which she has raised the profile of not just Lafayette tennis, but tennis in the Oxford-Lafayette community as a whole.

“She’s brought tennis as a whole into Oxford and Lafayette—to be able to get that state tournament or things like that… she really pushes to make this be the place that people want to come to and compete,” Lewis said.