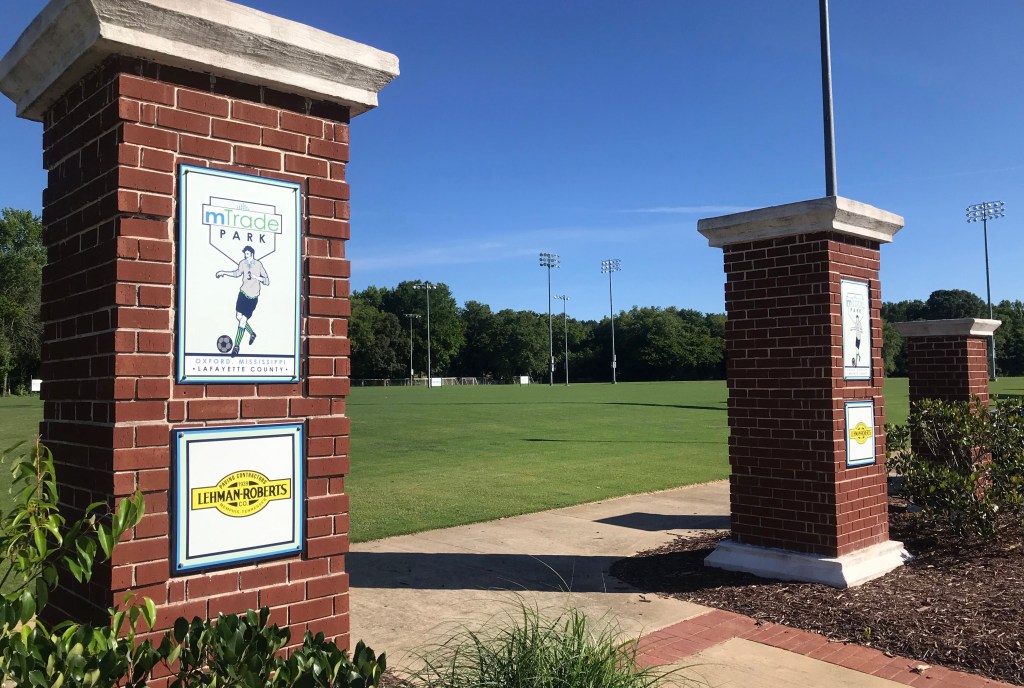 mTrade Park is hosting its first tournament this weekend after being allowed to reopen this week after closing in March due to the COVID-19 pandemic. The North MS USSSA Global State Championship will take place June 5-7, featuring at least 119 teams. (Jake Thompson/Oxford Eagle)

The fields at mTrade Park could get a lot brighter in the future.

“The bigger the field, the more lights that you need,” said Freeman. “If you did the whole entire park, you’re estimating in the $2 million range.”

He said lighting all the baseball fields could cost $2.1 million. To light baseball and soccer fields, the price could reach $2.7 million.

“To me, if we’re going to do baseball fields, we do all of the baseball fields,” said Mayor Robyn Tannehill. “I would probably not recommend that we do the soccer fields now.”

Freeman and the board discussed the benefits of using LED lights. LED lights are known to be energy and cost-efficient compared to incandescent or High-Intensity Discharge lights.

“The park will continue to grow and I think this will be a really good project to at least look at doing for the energy savings 20 years down the line,” said Freeman.

“Or 10,” said Mayor Robyn Tannehill. “It’s not like when we do this, we’ll experience immediate savings but it’s worth it. That’s why we have our street lights.”

Outside of cost and energy effectiveness, the LED lights could provide something special to the games at mTrade, she said.

“You can do a lot of fun light shows,” said Tannehill. “To me, it’s a cool added benefit to teams playing there.”

Freeman also proposed building a playground in the Graduate Oxford Quad, also known as Quad A, of mTrade with a proposed budget of $330,000. According to Freeman, the playground would make the park even better.

Tannehill stated it would be better to get the LED lights and wait for revenue that could pay for the playground.

“I rather we move forward with these lights than the playground,” she said. “I feel strongly that batting cages that people are feeding money into and that a shop of some sort — if it’s a food truck kind of trailer or under a tent— we’re leaving a lot of money on the table when we have events out there. I’d like to see us start something that’s revenue-generating to fund the playground or improvement.”

The mayor recommended the board to consider upgrading the lights at mTrade’s baseball fields to LED lights for $2.09 million.

The Oxford Board of Aldermen will hold their final budget meeting on Monday, July 18 at 10 a.m. in the City Hall courtroom.