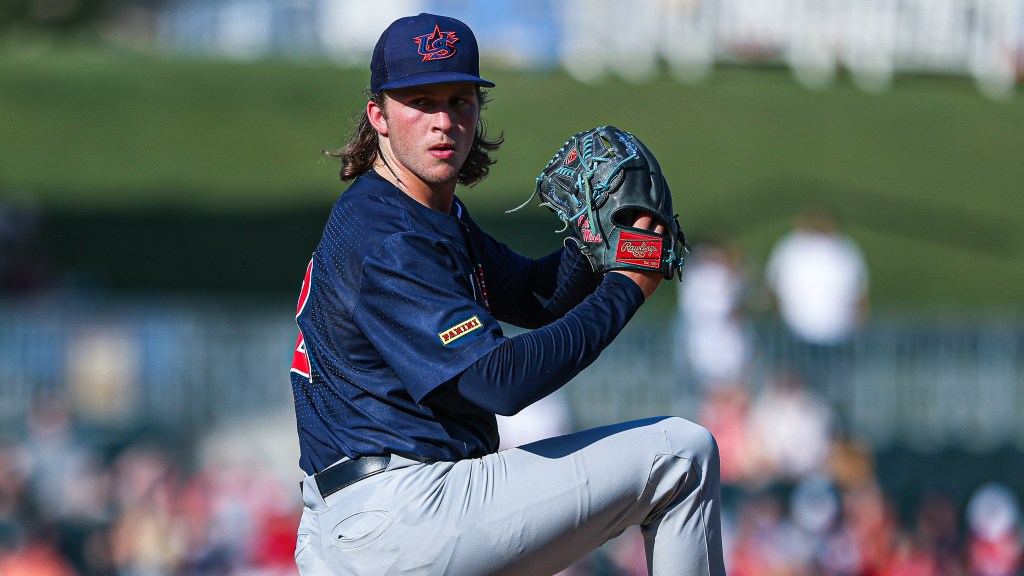 Ole Miss pitcher Hunter Elliott pitches in one of Team USA's intrasquad scrimmages prior to the Honkbalweek Haarlem tournament in the Netherlands. Team USA came away with a bronze medal after defeating Japan 5-1 in the third-place game on Friday. (Ole Miss Athletics)

The USA Collegiate National Team came away with a bronze medal at the 30th Honkbalweek Haarlem tournament—their highest finish since winning the competition in 2014.

Team USA defeated Japan 5-1 in the bronze medal game on Friday as the middle of the lineup came alive in the biggest game of the tournament.

The Americans’ 3-7 hitters went a combined 7-for-15 with four RBIs and five runs scored in the victory as they got revenge on a Japan team that defeated them 1-0 in the first game of the tournament.

Ole Miss shortstop Jacob Gonzalez went 2-for-3 in the win—scoring a run in the third inning on an RBI double by second baseman Jacob Wilson.

The Rebels’ slugger finished the competition with a .250 batting average as he went 6-for-24 with a home run, two walks and four RBIs to lead the Americans to the bronze.

He posted the third-highest slugging percentage and the fifth-highest OPS on the team as he caught fire late in the tournament after a slow start.

Fellow Rebel Hunter Elliott did not fare as well in the competition.

The Tupelo, Miss. native posted a 1.36 ERA in two starts on the mound, but failed to get past the third inning in either appearance as he struggled to keep runners off base.

He lasted just 2 2/3 innings in the win against Japan as he loaded the bases with two outs in the third before handing the ball over to Carter Holton—who immediately forced a flyout to center to get out of the jam.

Elliott was also chased from his first start against Italy on Sunday after conceding a single and two walks to load the bases in the third.

Team USA ultimately came up short of their goal of a gold medal, but leaves Europe after a strong run in their first Honkbalweek tournament since 2014.