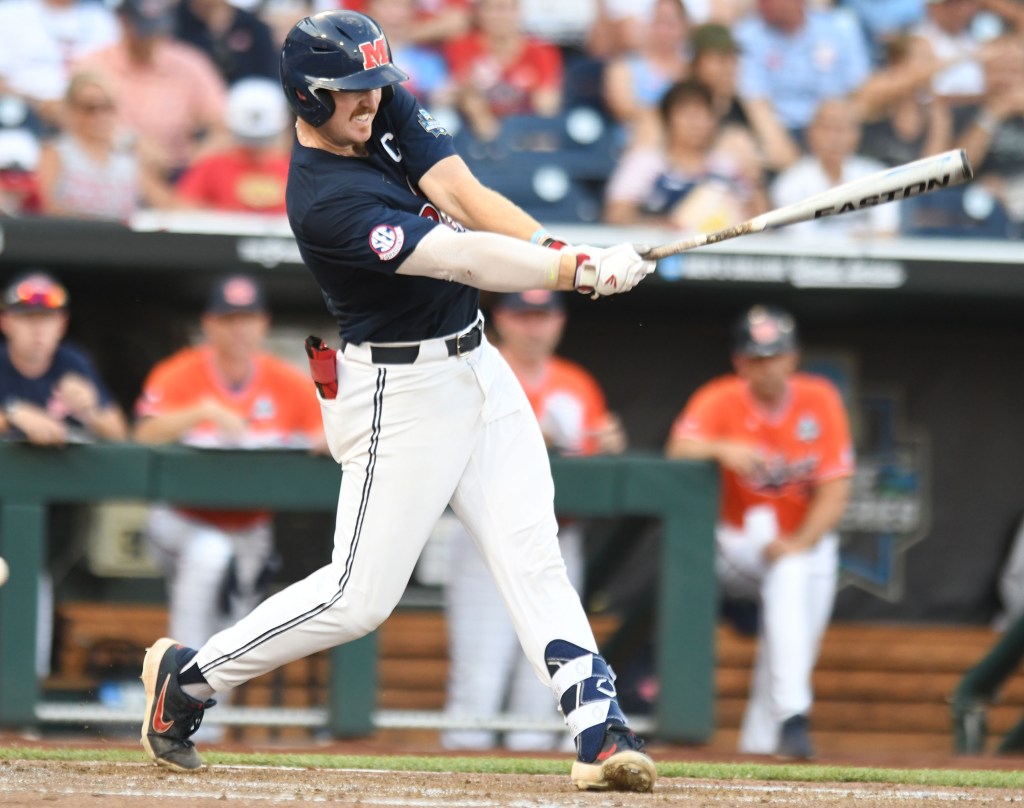 Ole Miss first baseman Tim Elko drives a single to center in the first inning of the Rebels' 5-1 win over No. 14 Auburn in game four of the College World Series at Charles Schwab Field in Omaha, Neb., on Saturday, June 18, 2022. (©Bruce Newman)

Ole Miss first baseman Tim Elko was selected by the Chicago White Sox with the 311th overall pick in the 2022 MLB draft on Monday—bringing his collegiate career to a close after five memorable seasons in Oxford.

The Lutz, Florida native, who had already exhausted his college eligibility, heads to the Windy City after an historic collegiate career that included three super regional appearances, an All-American selection and the first national championship in school history.

Elko captured the hearts of fans during his tenure in Oxford—endearing himself to the Rebel faithful by playing through a torn ACL in 2021 before re-writing the program’s record books as a fifth-year senior in 2022.

He finished his career with the second-most home runs and eighth-most RBIs in program history. He also holds the school record for home runs in a single season with 24.

The slugger will have ample opportunity to prove his worth and advance through the minor league ranks as he joins a thin White Sox farm system that was ranked as the worst in baseball this season by the Athletic’s Keith Law.