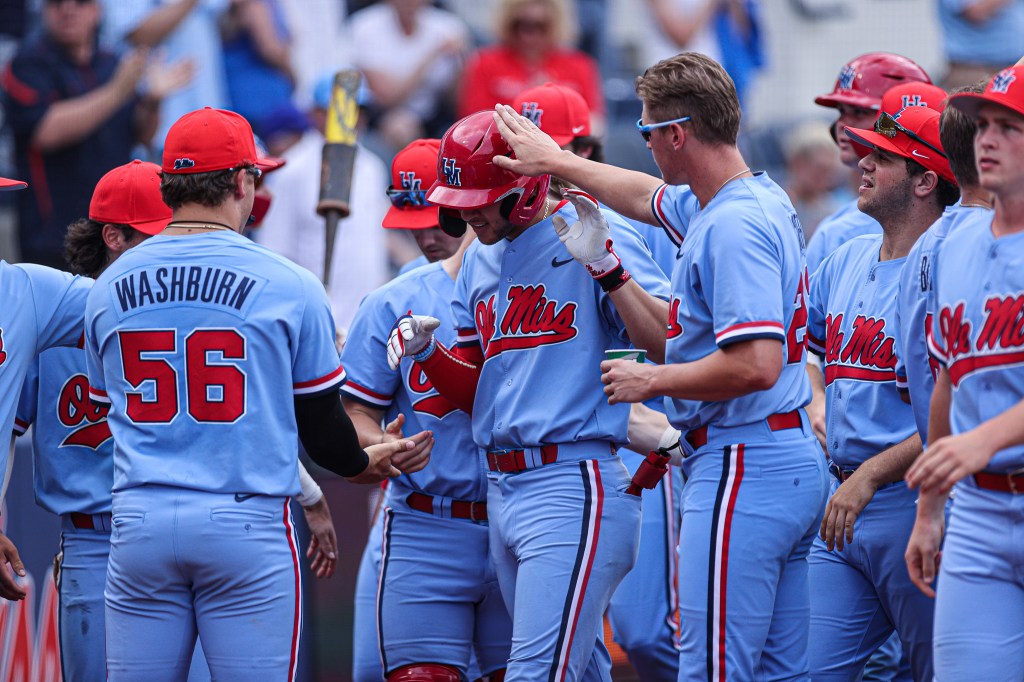 Ole Miss players mob shortstop Jacob Gonzalez (center) at the plate after his solo home run in the third inning of the Rebels' 12-5 loss to Texas A&M on Saturday, May 21, 2022. (Josh McCoy/Ole Miss Athletics)

Ole Miss baseball’s 2022 recruiting class looks a little bit thinner this week after the Rebels’ top two recruits were selected in the second round of the 2022 MLB draft—leaving them without a five-star recruit in the class.

Jackson Ferris, a 6-foot-4 left-handed pitcher from IMG Academy in Florida, was selected 47th overall by the Chicago Cubs. The high-velocity lefty was the No. 9 recruit in the class of 2022, but will likely forgo his college eligibility with a chance to make as much as $2 million on a pro deal.

Roman Anthony, a 6-foot-3 outfielder from Marjory Stoneman Douglas High School in Parkland, Florida, was selected 79th overall by the Boston Red Sox. The No. 14 recruit in the class of 2022, Anthony posted a .545 batting average in one of the strongest high school baseball conferences in the country this season and quickly shot up draft boards as he mashed home run after home run.

The slugger confirmed his intentions to forgo his college eligibility moments after he was drafted, tweeting “time to get to work!”

Ferris and Anthony were both in position to earn starting jobs for the Rebels as true freshmen, but will likely turn their attention to the big leagues with a chance to make significant money in the pro ranks.