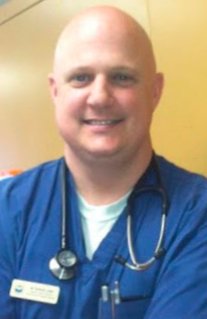 Podiatrist M. Shaun Lund of The Foot Doctor was arrested last week after a federal grand jury handed down a nine-count indictment, accusing him of playing a role in fleecing $3.8 million from the United States and health care benefits programs.

Podiatrist Marion Shaun Lund of The Foot Doctor in Oxford was arrested Friday, July 15, on several charges of healthcare fraud and conspiracy to commit fraud.

Lund owned, operated and managed The Foot Doctor, a clinic that specializes in the treatment of diabetic foot care and routine foot pain. He is the primary doctor at the clinic.

According to court documents, Lund and his co-conspirators allegedly fraudulently formulated, prescribed, dispensed and billed insurance companies, including Medicare and TRICARE, for footbath medications used and dispensed to patients.

Podiatrists prescribed the footbaths to treat fungal, bacterial or other types of foot infections. Patients were given antibiotics and antifungal drugs along with a plastic foot tub and instructed to mix the medications at home with warm water. The documents say medications selected for the footbaths did not require authorization by Medicare to prescribe them and the majority of the drugs did not have limitations on how many could be ordered in a single prescription.

According to the court filings, Lund would routinely prescribe footbaths with ketoconazole, an antifungal cream. The cream was prescribed in large amounts and to be mixed with warm water despite the cream not being water-soluble.

Court documents state that even if Lund’s patients had no documented open wounds or infections, Lund would still prescribe the footbath medications.

Lund and his co-conspirators were also accused of using patients’ biological specimens, such as toenails, and performing unnecessary medical diagnostic procedures.

Documents state Lund sold signed doctors’ orders along with the biological specimens to a diagnostic laboratory which would perform unnecessary testing and submit false and fraudulent claims to the healthcare benefit programs.

Lund reportedly acknowledged the unnecessary diagnostic testing when he told Power, “I am sending samples on every fungal or dystrophic nail.”

Documents showed evidence that Lund may have knowingly submitted samples for reimbursement.

On February 12, 2018, Power texted Lund, “You got a little something from your samples.” Lund responded, “Yeah, they sent me a thing saying I was getting a hundred bucks.” Power replied back with, “That was for one sample FYI.”

On December 5, 2018, Power texted Lund, “Dude give me one month of 5 [soaks] a day. And I’ll send you … to Hawaii.” Lund responded, “Lol,” to which Power replied with, “Not joking. Delete that before I get arrested tho.”

Between April 2016 and July 2021, Lund and accomplices caused pharmacies they had financial relationships with to submit false and fraudulent claims for unnecessary footbath medications worth at least $2.9 million and were reimbursed at least $2.3 million.

One of those pharmacies, iSave Pharmacy, was started and operated by Lund after opening The Foot Doctor. Court documents state that around April 2020, Lund used iSave Pharmacy to dispense and bill for the medicated footbaths and, as the owner of iSave, Lund would receive a percentage of the reimbursements.

Lund waived a formal reading of the indictment and pleaded not guilty to the charges before him. Lund was issued a $10,000 bond on the condition that he give up his passport and avoid breaking any laws.