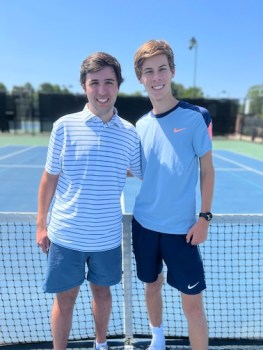 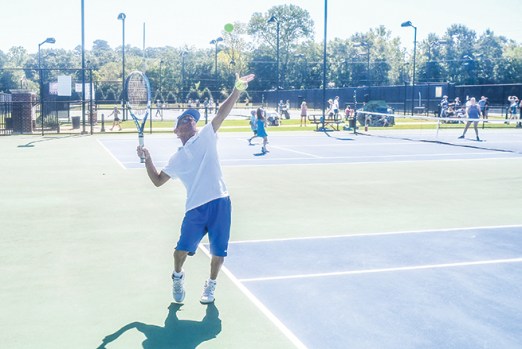 The tournament is planned for Saturday, July 30 at 9 a.m. at the John Leslie Tennis Courts. The entry fee is $25 per person and is a mixed doubles format.

The tennis tournament is the primary fundraiser for Oxford High School’s Students for Alzheimer’s organization.

Charlie Ligon is a rising senior at Oxford High School and president of the organization, as well as director of the tennis tournament this year.

Six years ago, the organization began with Charlie’s older brother Jack Ligon who began his efforts to raise money for Alzheimer’s patients through a tennis tournament in Oxford.

Charlie states, “I was in the 7th grade when my older brother, Jack, started the tournament. I remember driving around with him and asking people for money and getting so excited when someone would donate.”

The brothers did not have a specific charity in mind to grant the donations, and was looking for a recipient for these funds when Dr. Jo Ann O’Quin, the founder of Memory Makers reached out to Jack.

O’Quin requested that the earnings from the tournament be gifted to Memory Makers, focusing the tournament on serving Oxford’s local fight against Alzheimer’s disease.

This led to the foundation of the Memory Makers Tennis Tournament, which has raised over $90,000 for the organization so far and is seeking to surpass $100,000 this summer.

The Memory Makers Tennis Tournament is different from many charity events in the fact that it seeks to help a service organization that cares for Alzheimer’s patients directly, instead of merely raising awareness for Alzheimer’s.  Memory Makers is a respite day program for adults with Alzheimer’s or memory loss due to some form of dementia.

The respite day program is designed to provide socialization for the impaired individual and to provide rest and education to assist the caregiver.  It provides participants a therapeutic and safe environment in which they can be comfortable and feel successful.

“It has been great because my brother is home from college and it’s just like old times working together on this awesome charity event,” said Charlie. “I can’t wait to have all of the players come out for a fun time of tennis for a great cause.  I really love how I have seen this event grow in its support for Memory Makers, and I am so happy to be able to lead this tournament in its continuation of service to one of Oxford’s most important charities.”

Jack, a rising senior at Notre Dame, said “I am so proud to see that Students for Alzheimer’s at Oxford High have continued to work to keep this tournament going even after I graduated.  Oxonians are such  generous citizens in continuing to support this event.  Even with COVID and a struggling economy, our little town has come together to raise money for Memory Makers to help serve some of the most vulnerable members of our community.”

Sign up now for the 6th Annual Memory Makers Tennis Tournament by contacting Charlie Ligon at (662) 801-7751 or CharlieLigon2004@gmail.com, or sign up the morning of the tournament for a fun day of tennis. There will also be a silent auction.

If anyone would like to make a donation, please make checks payable to Memory Makers and take to 1121 Mimosa Drive in Oxford.