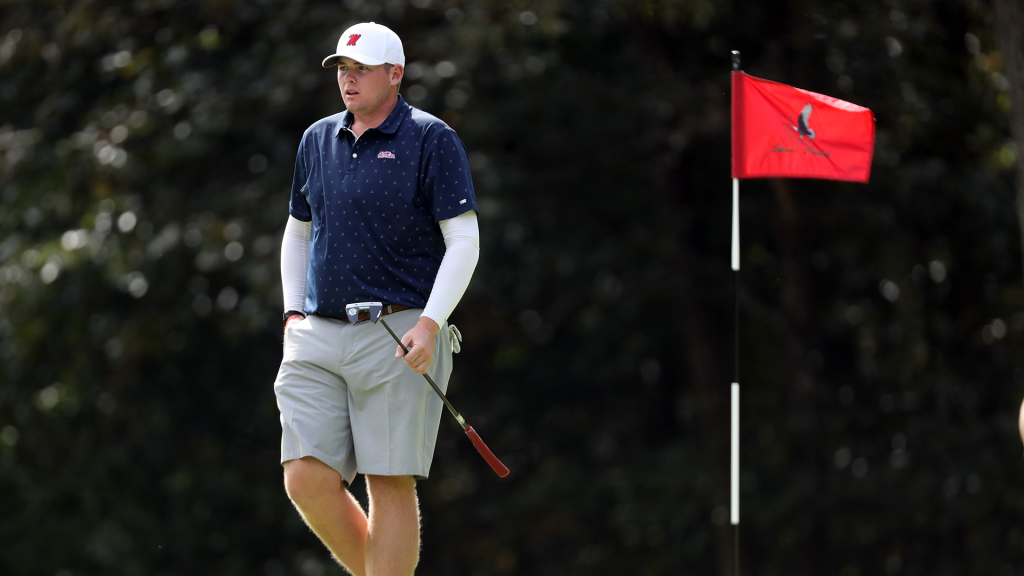 In his first and only year as a member of the Rebel squad, Brown collected the honor for the third time of his collegiate career, having received the honor twice prior to attending Ole Miss. This marks the 16th Ole Miss men’s golfer to earn All-American Scholar status in program history, with Brown’s teammates Jackson Suber and Veeti Mahonen earning the honor most recently in 2021.

To be eligible for Srixon/Cleveland Golf All-America Scholar status, an individual must be at least a sophomore both academically and athletically. In addition, they must have a stroke average under 76.0 and maintain a minimum cumulative career grade-point average of 3.20.

Brown graduated from Ole Miss this past May with a GPA of 3.81, earning his master’s in sports analytics along the way. This honor comes just a week after Brown had earned a spot on the SEC First-Year Academic Honor Roll for his efforts in the classroom during the 2021-22 season.

A graduate transfer from Loyola Maryland, Brown played a pivotal role in the Rebels’ historic postseason run at the 2022 NCAA Championships, with Brown ending his year with a season stroke average of 71.90 appearing in 11 total tournaments for Ole Miss. Brown collected a total of five top 20 finishes on the year, including a 14th place finish individually at the NCAA Norman Regional to help the Rebels punch their ticket to Scottsdale.

Despite his time at Ole Miss coming to a close, Brown is set to continue to play golf at a high level having announced his intentions to play professionally moving forward.