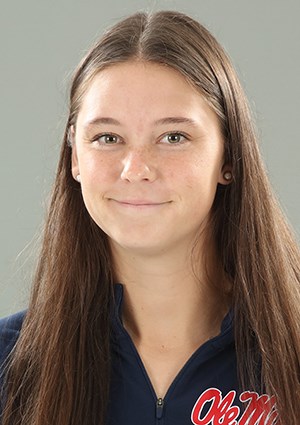 “We are very excited to announce Autumn Gillespie as our Volunteer Coach,” said Trachsel. “Autumn was an Elite catcher who had a tremendous career in the SEC and had a lot of success here at Ole Miss. As one of the best catchers in the country, she played the game with confidence, passion, killer instincts and an extremely high softball IQ. Even as a player, she thought and saw the game through a coach’s lens. Autumn has the ability to slow the game down and can teach the fundamentals and decision-making parts of the game. We look forward to being part of this next chapter in her career as she continues her commitment to being a learner and teacher of all aspects of the game.

“Autumn’s experience, toughness, and ability to communicate and teach will be a great addition to our staff and our commitment to the personal development of our present and future Rebels! We are proud to keep one of the best players to wear this uniform in our program, and welcome Autumn to our staff!”

Gillespie brings valuable experience to the Rebels, with nearly 200 starts in her playing career in Oxford. During her years behind the plate, she was regarded as one of the nation’s top defensive catchers, including earning All-SEC Defensive Team Honors in her senior campaign. Over her four-year career at Ole Miss, the Redlands, California, product registered an elite .985 fielding percentage with only 16 errors in 1,083 chances.

On the offensive side, Gillespie was a career .274 hitter in an Ole Miss uniform. She ranks inside the top 10 in program history with 21 home runs, 98 runs batted in, eight triples and a .467 slugging percentage.

This past season, she served on staff as a student assistant coach, assisting in one of the Rebels’ most successful seasons in school history, tying the record for most regular season wins with 39 and notching the fourth ever 40-win season.