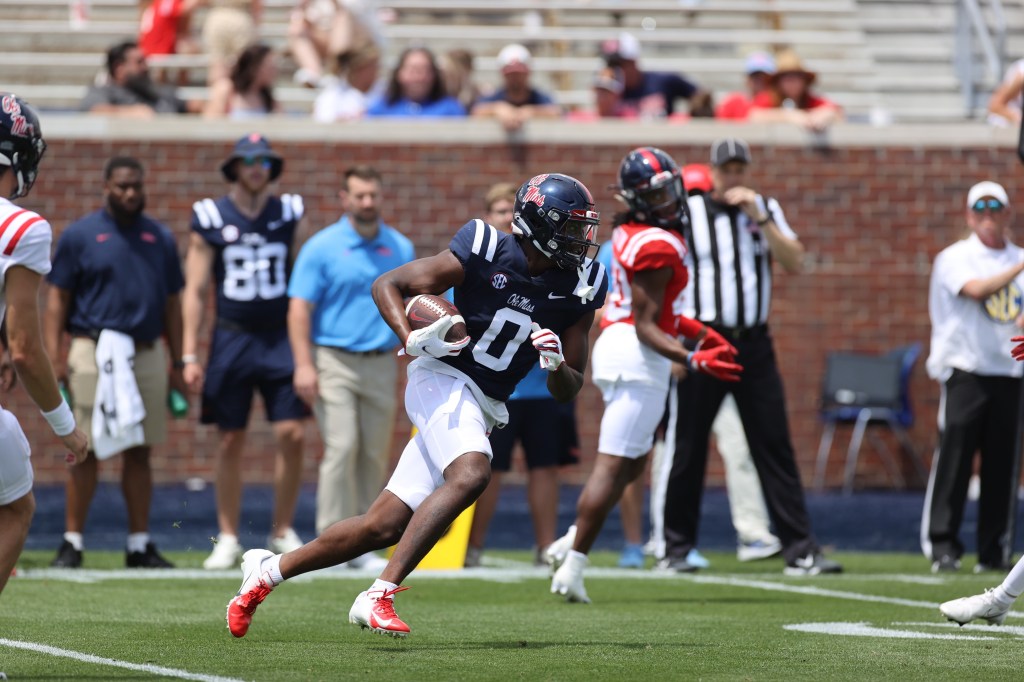 Given annually to the most outstanding collegiate tight end, the award recipient is selected by vote of the John Mackey Award Selection Committee.

Trigg joined the Rebels prior to spring ball after transferring from USC. 247Sports rated Trigg as the No. 1 tight end and No. 19 overall player in the transfer portal this offseason.

The Tampa, Florida, native played in six games last year for the Trojans before an ankle injury sidelined him for the remainder of the season. Prior to that, Trigg hauled in a seven receptions for 109 yards and a touchdown.

Trigg was a force in his first action in an Ole Miss uniform, logging seven receptions for 89 yards and three touchdowns for the Navy team during the 2022 Grove Bowl.

Coming out of high school, Trigg was a consensus 4-star recruit, rated as high as the No. 3 tight end and No. 71 overall prep prospect by Rivals. He made 2020 PrepStar Dream Team as a senior tight end and defensive end at Carrollwood Day School in Tampa (Fla.), getting 30 receptions for 586 yards (19.5 avg) with five TDs.

He also played basketball at Carrollwood Day and Seffner Christian, averaging 22.6 points as a junior and 20 points as a sophomore.

The John Mackey Award is a member of the National College Football Awards Association (NCFAA) which encompasses the most prestigious awards in college football. The 25 awards boast 800 recipients, dating to 1935.