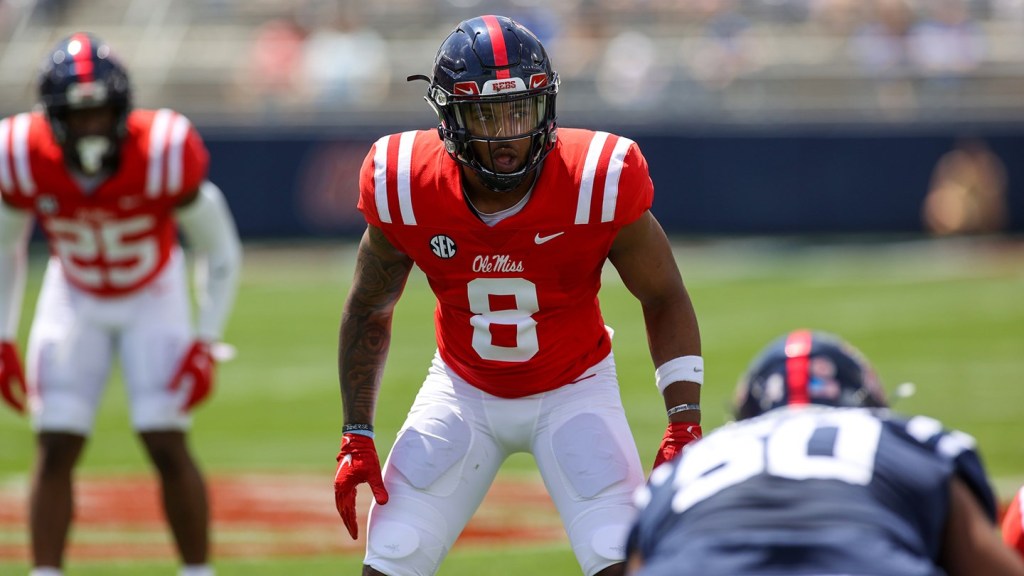 CHICAGO – After transferring to Ole Miss from Central Michigan, Rebel linebacker Troy Brown has landed on the 2022 preseason watch list for the Butkus Award.

Brown was announced on Monday as one of 51 collegiate players selected to the watch list for the award, which has honored the nation’s best linebacker since 1985. It is named after Dick Butkus, arguably the greatest defensive player in football history.

The Flint, Michigan, native was a first-team all-conference selection last season despite missing two games in the middle of the season with an injury. His first game back, against Western Michigan, saw him make nine tackles, a sack and an interception that sealed the 42-30 win. He finished the 2021 campaign with 66 total tackles.

Brown’s best statistical year came in 2019, his first season as a linebacker. In 2019, Brown finished with 91 tackles, 16.5 tackles for loss and three interceptions as a sophomore. His 75 solo tackles ranked second in the MAC and No. 20 nationally.

The collegiate Butkus Award watch list includes candidates from 43 schools. The SEC leads all conferences with 12 representatives, followed by the Pac-12 with nine. Teammates from seven schools – Alabama, BYU, Cincinnati, Iowa, N.C. State, Oregon, and UCLA – have been named to the list and all 10 Division I FBS conferences are represented.

The award semifinalists are expected to be named Oct. 31 with finalists to follow Nov. 21. The winner will be named on or before Dec. 7. Appearing on the watch list is not a requirement to win the award.