From Oxford to Scotland: OHS Theatre to take production of “The Diviners” to Edinburgh Festival Fringe 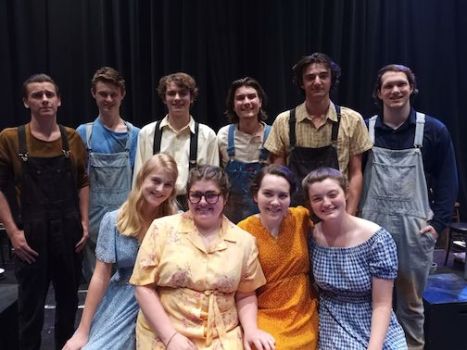 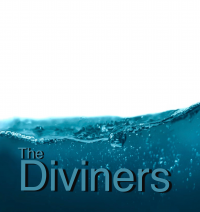 The Oxford High School Theatre Department is hopping across the pond to the annual Edinburgh Festival Fringe in Edinburgh, Scotland. OHS is one of 27 schools in the United States to attend the festival this year.

This is the OHS Theatre Department’s sixth time performing at the world’s largest arts festival. OHS was invited to perform in 2020, however, due to the pandemic, plans were canceled and Fringe’s number of performances was greatly reduced from its standard 3,000-plus shows to just over 600 in 2021.

Now, the festival is back from Aug. 5-29 with the standard number of shows and OHS is ready to show off its very best.

“It’s an honor when you get recognized for doing it and then, of course, an honor when you get selected to go,” said OHS Theatre teacher John Davenport. “It really is kind of an opportunity of a lifetime for these kids and even though it is a grand cost, I tell the kids every time ‘I would not do it if I didn’t think it was beneficial.’ It is a life-changing experience for these young kids and that’s the reason that we keep doing it.”

This year, OHS Theatre is taking its production of “The Diviners,” a play by Jim Leonard, Jr about Buddy Layman, a troubled young man who can divine water, and his friendship with former-preacher C.C. Showers in southern Indiana during the Great Depression.

Davenport said the play is a tragedy but it is well and beautifully written.

“It’s quite poetic, it’s funny and it has lots and lots of good humor to it, particularly in connection to the time period,” he said. “Everyone is dealing with the depression and the government but it has a lot of heart. Even though it’s a tragedy, it’s very uplifting.”

The story is packed with endearing characters who will explore themes of loss, change and death, Davenport told The Eagle.

The theatre decided to perform Leonard’s “The Diviners” back in December but the cast and crew only began rehearsing the show on July 1. However, Davenport said the cast of students have handled the show beautifully and have really sunk into their characters.

OHS graduate student Cassidy Rock has a passion for acting, but portraying a character is a difficult and complex job.

“Our job is to use the words that were given to say what the character actually means or how we believe that the character would think and portray that to an audience and get the audience to understand it,” said Rock. That is really hard, sometimes, and it can be really stressful because you don’t want to portray the wrong feeling.”

Without the help of a fully-staffed production crew, students were in charge of creating their own costumes, hair and makeup for their performance. In addition to creating their look, students learned to play musical instruments within the month for their characters.

Rock, playing the rebellious and charismatic Darlene, taught herself to play the mandolin for her role.

“We have live music the whole time being played by the cast which has been a really cool experience,” she said. “I got to learn a whole new instrument I’ve never played before— the mandolin— and, at first, I was getting these blisters on my fingers and I was like, ‘This sucks, this is hard, this is painful,’ but now I’m so grateful because I get to play it for hours every single day and I’ve gotten pretty good at it.”

Not only are the student actors gaining new skills, but new experiences. It will be the first time that all the students a part of the production will attend the Edinburgh Festival Fringe.

“I’m super excited,” said Everett Heuer. Heuer, playing the role of C.C. Showers, has been acting since middle school after being inspired to act by others in his family like his parents and his older brother.

For Heuer performing in Europe is a big deal.

“Not only is it like my first, but I’m also like the first of my family to go to Europe,” he said. “Not even my mom or any grandparents, none of them have ever been to Europe. So I’ll be like the first one to the family, which is kind of a big deal. Then on top of that, but not only am I just going to perform at like an international level, which is just mind-blowing.”

Student Miles Caradine, playing the lead role of Buddy Layman, said it’s humbling to show off their tiny school in Mississippi on an international stage.

“I think everyone going is passionate about performing and is passionate about just telling a story and we’re really excited to tell this one,” said Caradine. “I think were a very good group, since we all love each other very much, and we work well together.”

Before the theatre troupe jets off to Edinburgh, OHS Theatre will hold a one-night-only performance at the new Blackbox Theatre at OHS on Wednesday, July 27 at 7:30 p.m. Tickets can be purchased online at oxfordhs.booktix.com.