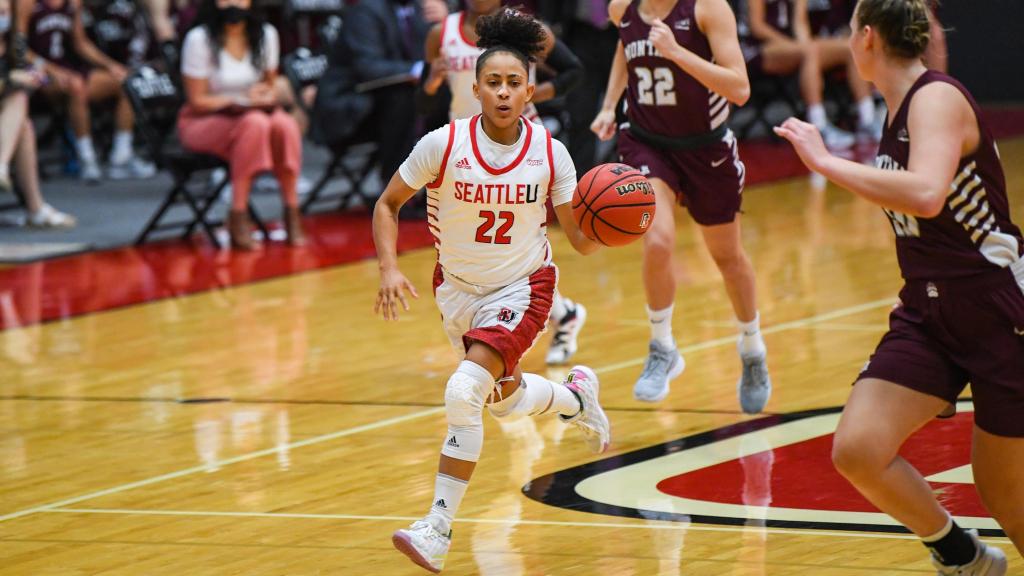 Head women’s basketball coach Yolett McPhee-McCuin continues to stock up with some of the nation’s best talent ahead of the 2022-23 season, announcing the addition of graduate transfer Bree Calhoun from Seattle U on Tuesday.

“I am very pleased to welcome a student-athlete the caliber of Bree to our program,” said McPhee-McCuin. “Her competitiveness and ability to defend, mirrors the aggressive style of how we want to play, and her overall experience makes her an excellent addition to our basketball family.”

The 5-6 guard joins the Rebels after spending two seasons with the Redhawks, where Calhoun made an immediate impact throughout WAC. A splash hit her first season in Seattle, Calhoun appeared in all 25 games, snagging 83 steals to rank fourth nationally. She averaged 12.7 points, 5.6 assists, 3.9 rebounds and 3.2 steals per game en route to being named the 2020-21 WAC Defensive Player of the Year and earning All-WAC Second Team honors.

The Granada Hills, Calif., native set a new Seattle U single-game assist record as a senior, dropping 15 dimes against Northwest and scored a career-high 25 points against New Mexico State. Calhoun averaged 12.9 points, 4.7 assists and 4.4 rebounds per game to assist her in earning the title as the WAC Sixth-Woman of the Year.

Recording 70 plus steals in back-to-back seasons, Calhoun has recorded a steal in 50 consecutive games heading into the 2022-23 campaign.

Calhoun is one of nine new Rebels to join the roster to team up with key returners in Angel Baker, Snudda Collins and Madison Scott heading into year five of the McPhee-McCuin era. Ole Miss is coming off of a record-breaking campaign setting a single-season program record with 142 blocks and its first NCAA Tournament appearance in 15 years.