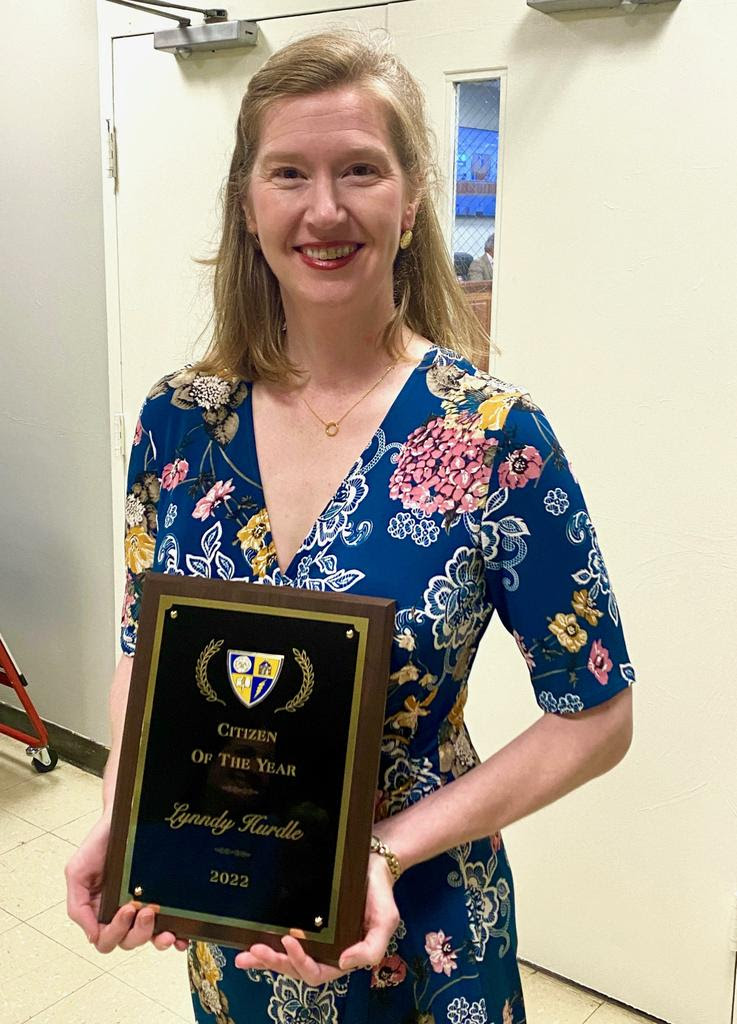 The annual Citizen of the Year award is given by the Oxford School District to recognize a community member who contributes to the success of schools and to the betterment of our students.

At the Board of Trustees meeting in July, Lynndy Hurdle was named this year’s Citizen of the Year for her work with parents of English Learners (EL).

Hurdle facilitated an adult education program for parents of English Learner (EL) students in which she taught them to read and speak the English language. The class helped EL parents read a book to their child’s class in English for the first time. Hurdle also hosts an after-school kids club and provides school supplies to a local apartment complex.

Hurdle is a former employee of the school district and was the librarian at Oxford High School for 4 years. She was named the District Employee of the Year in 2016-2017.

“Lynndy is a true servant to students. She is passionate about helping them not only learn to read but love to read. She has given her EL parents a gift by giving them a tool to engage with their child’s classroom,” said Superintendent Bradley Roberson.

Lynndy is married to Dr. Steve Hurdle and they have one daughter, Ella Beth, an 11th grader at Oxford High.