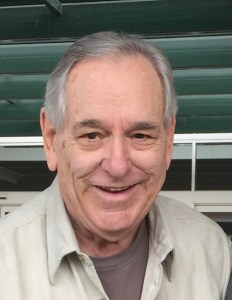 The world has lost a true southern gentleman. On July 2nd, 2022, Samuel Leroy Reed, Jr., most recently of Mount Pleasant, South Carolina, was mercifully called home, where he joined his loving wife of 65 years, Betsy, who left us just six short months ago. Born April 28th, 1936, to the late Samuel Leroy Reed, Sr. and Martha Phallon Reed in the small town of Belzoni, Mississippi, it was there that “Buddy,” as he was called, developed the kindness, compassion, humility, faith, and commitment for which he would be known the rest of his life.

After graduating Belzoni High School as valedictorian in 1954, Leroy went on to attend the University of Mississippi, where he graduated with a B.S. in Physics from the School of Engineering, but not before achieving the honor of membership in Omicron Delta Kappa, Sigma Chi, and the Ole Miss Hall of Fame, as well as serving as president of the M Club and in the illustrious role of “Colonel Rebel” in 1958.

Leroy was a motivated student-athlete, “lettering” in both baseball and football while earning his degree. Among his proudest moments were reaching the semi-finals of the 1956 College Baseball World Series and contributing to an exciting win over Texas in the 1958 Sugar Bowl. While his first love was baseball, (a lifelong fan of the St. Louis Cardinals,) his prowess in football lead to him being selected in the 12th round of the 1958 NFL draft by the Pittsburgh Steelers, with whom he attended pre-season training camp. Leroy ultimately chose a different path, yet he remained a lifelong athlete, running in several NYC Marathons and becoming an accomplished golfer.

Leroy went on to achieve many other successes in life, both in New Canaan, CT, with his 21-year IBM career, ultimately having the honor to serve as Executive Assistant to IBM Chairman, Tom Watson, Jr., and later assuming responsibility for the 2,200-acre aquaculture farm his father, an industry pioneer, had carved out of former rice and soybean fields in the late 60s.

Retiring to Hilton Head, SC, in 1980, he and Betsy pursued many of their life’s passions which included traveling, collecting art and antiques, and developing lifelong friendships. Leroy participated in countless mission trips, charities, and faith-based groups that fed his soul. And let it be known that he wrote beautiful poems, secretly loved early rock ‘n roll, and had a beautiful singing voice, as anyone in the church choir would tell you. And he completed his NY Times crosswords and Sudoku puzzles in pen.

Let’s pray the “Redbirds” win the pennant this year and the football Rebels win the National Championship. Be sure, though, in his very last days, when Dad learned of Ole Miss’s 2022 College World Series win, his eyes got big, he literally grinned from ear to ear, and whispered, “I’m trying to take it all in.” This family sincerely thanks you, ‘Rebs, for making Leroy very happy on his way home to meet his bride. Godspeed, Dad.

Memorial services will be private. Contributions in Leroy’s name may be sent to realchampionsinc.org or Franke At Seaside in Mt. Pleasant, SC.