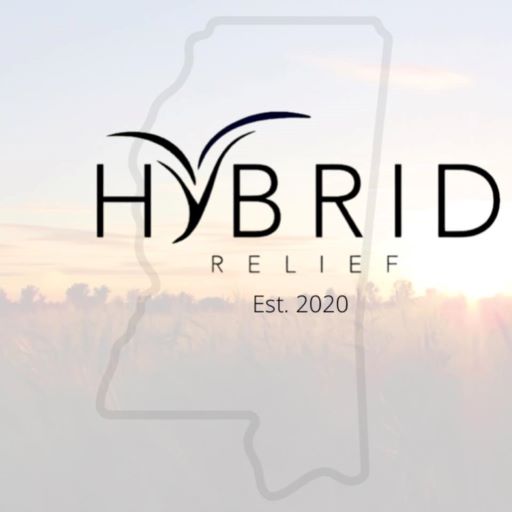 Oxford businessman Tony Barragan is among the first to receive a license to begin a medical cannabis business in Lafayette County.

Barragan, owner and founder of HempVille CBD, has created Hybrid Relief North Mississippi. The entrepreneur officially received the license to operate a medical cannabis dispensary from the Mississippi Department of Revenue (DOR).

Barragan told The Eagle he had been preparing for his license well before applications opened to the public. Throughout June and July, he steadily worked through the hurdles placed before him and other entrepreneurs by the DOR and the city of Oxford and all the doubts that came with it.

“I wasn’t as excited as I thought I would be because I remember there were days when I was driving down, interstate and I was so overwhelmed and full of anxiety,” said Barragan. “… You got all these thoughts every single day and you’re just you’re waiting on the clock to tick for the day when you put in your application. You put it in, and then there’s one anxiety that I put it in first.

“I wondered, ‘Did I put it in first? Are they looking at mine? Are they gonna reject it?’ So honestly, it was a huge sigh of relief when I found out that the agent was coming out and pretty much solidified everything for me.”

Since the days of Initiative 65, a citizen-supported ballot that almost secured medical cannabis for Mississippi in 2020, Barragan has been a staunch supporter of CBD and medical cannabis and their healing properties.

The only difference between CBD that is currently sold in stores locally and medical cannabis is the THC content, stated Barragan. THC is the substance that’s primarily responsible for the psychoactive effects of marijuana on a person’s mental state.

CBD can be extracted from cannabis and have no THC content in it at all, which made it legal to use in Mississippi prior to the medical cannabis legislation.

With Mississippi’s Medical Cannabis legislation in effect, it is legal for medical cannabis or products containing it to contain THC but only below 0.3%, which provides none of the psychoactive effects typically related to marijuana.

Medical cannabis will be used to treat patients with serious medical conditions such as cancer, AIDS and sickle cell disease. Patients with terminal or debilitating diseases or medical conditions that produce cachexia, chronic pain, seizures, severe or intractable nausea or severe and persistent muscle spasms can also qualify for the program.

For a full list of qualifying conditions, visit the Mississippi State Department of Health’s Medical Cannabis page at msdh.ms.gov/msdhsite/_static/30,0,425.html.

According to Barragan, he has talked with customers at HempVille about the new law and how it will benefit Mississippians with serious medical conditions. Qualified patients will have to apply for use of medical cannabis and receive a card certifying they are allowed to use it.

“We have regular regulars and we talked to them all the time,” he said. “It’s just a matter of them qualifying for the card. You have to fall within that category to be able to get a card. If not, we’ll be seeing them at Hemphill forever, which is not a problem to me. But we talked to a lot of people about transitioning and things like that and a lot of them are very, very excited.”

Potentially qualified users expressed their worry to Barragan about the limited number of medical practitioners who could certify their medical cannabis use.

There’s not many doctors out there to choose from like we thought,” he said. “I’m sure that [number] will continue to grow as we go but there’s not a lot of doctors to choose from to go get a medical card, so we’re kind of concerned about the patient count.”

Despite the worries, Barragan is moving forward to ready the official launch of his business. Barragan is currently training new employees at HempVille to work at the store while he is transitioning his current CBD employees to work at Hybrid Relief.

“I’m hoping I get some good candidates from the university,” said Barragan. “I don’t know if they’re going to allow people from like pharmacy to take jobs like this, but I would definitely like some students that are in pharmacy to come and work at the dispensary with me if they allow it.”

In July, Barragan told The Eagle that the product would not be ready until early next year. However, he provided a new, potential timeline for medical cannabis in Lafayette County.

“I really believe with all my heart and soul that our dispensaries will be open and selling product sometime in December because there are people that are cultivating already that are going to wholesale,” said Barragan. “Just because our product is not ready doesn’t mean we’re not going to open our dispensary. There are plenty of people out there that are growing to sell to dispensaries and I’m glad that I have those partnerships and connections. Even if it’s not my product, my the dispensary will be open in December.”

Barragan said the flour with medical cannabis will be the first thing consumers see on the shelves.

Although Initiative 65 and Mississippi’s Medical Cannabis received pushback from state legislators and conservative bodies, Barragan stated the recreational cannabis is in the state’s near future.

“I think there’s still hurdles,” Barragan said. “There’s gonna be for quite some time, I really do believe that we will see recreational [cannabis] in 2023-2024. I really do.”