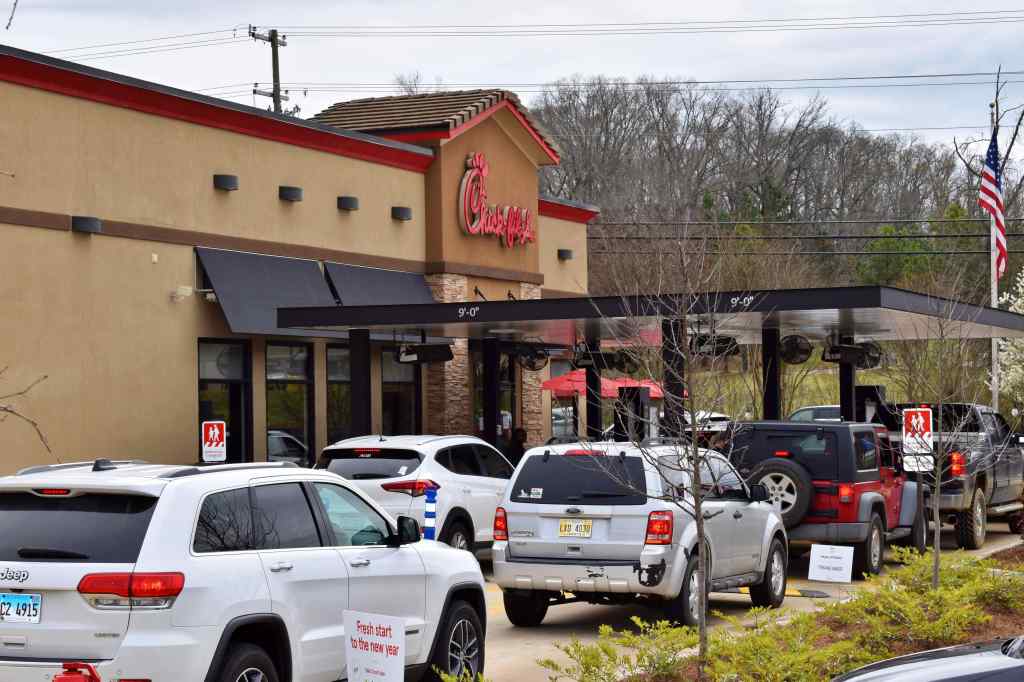 Oxford’s Chick-fil-A will close on Sept. 1 for extensive renovations and expansion to the site. The restaurant will be closed for approximately ten weeks and, during this time, the Chick-fil-A food truck will not be in operation due to a lack of available technology.

The West Jackson Avenue Chick-fil-A intends to expand its drive-thru lanes and create more space inside the restaurant to allow for a much larger kitchen and food storage area. Chick-fil-A also intends to reopen its dining area to the public. Oxford’s Chick-fil-A is only a few of the ones across the chain with dining areas still closed.

Owner and franchisee Lance Reed said plans were pushed further back do to the city’s work on a force main located on the property. The main, containing tons of raw sewage, has ruptured a couple of times in the 13 years Chick-fil-A has operated and, to avoid future ruptures in the future, the city completed work on the main during the summer.

“I think it’s a hard thing for us because the fall is by far the busiest time of the year for us and for every restaurant in Oxford,” said Reed.”

Reed said the decision to close for ten weeks during the fall semester is unconventional, but it will benefit the restaurant’s team members.

“We just don’t have the resources that we need from a capacity standpoint to deal with the sales volumes and all that kind of came with a fall,” he said. The West Jackson Chick-fil-A has grown in sales in the past year, which Reed calls a “good problem,” but the location does not have the square footage to keep you with the demand.

Last year, Chick-fil-A utilized iceboxes to store extra product and chicken to keep up with demand at sports events and festivals.

“This year with the anticipation of higher student enrollment, football and all this, we’re dealing with the same thing,” Reed said. “It just didn’t make a lot of sense for us to go through another season.”

“We’ll probably take eight or 10 trips of a team member just going and getting ice to fill up for the drive-thru in the middle of lunch,” Reed said. When they do this, we’ll have an ice machine over in the drive-thru, we’ll have tea brewers and it’s going to give our team members so much more room. It’s going to be such a better working environment for our team members than we currently have and, because of all of that, we felt like it was best to get this done as soon as possible.”

“We’ve kind of been telling [the employees] ‘Be patient. Things are coming in, just keep working hard,” said Chick-fil-A Executive Director Tatum Wilson. “We don’t want to lose our good people to what I would call a tough work environment.”

Full-time Chick-fil-A will be supported while the store is closed and some will be given opportunities to work at Centerplates, a service at the University of Mississippi that provides food and beverage services for Ole Miss Athletic events.

Although it will not be selling its famous chicken sandwiches to Oxford, Reed said the hiatus will give Chick-fil-A and team members time to work on other projects.

Chick-fil-A will work with Reclaimed Project, a non-profit organization in Marks, Mississippi that works to make sustainable communities, to renovate apartments for teachers in Marks and Quitman County to live in. Chick-fil-A will also help renovate a room at Madison Palmer High School in Marks into a leadership classroom.

Lastly, Chick-fil-A is working along with Ole Miss, the 410 Bridge, the Fellowship of Christian Athletes and Ethiopian Airlines to help people working at the airline with their integrated marketing degree. Five to six team leaders will join Reed on that project in Ethiopia.

The store may be taking a 10-week hiatus, but that has not stopped the work.

“While we’re closed, we’re trying to be very intentional about service projects, giving back and what can we do and to be intentional,” said Reed.