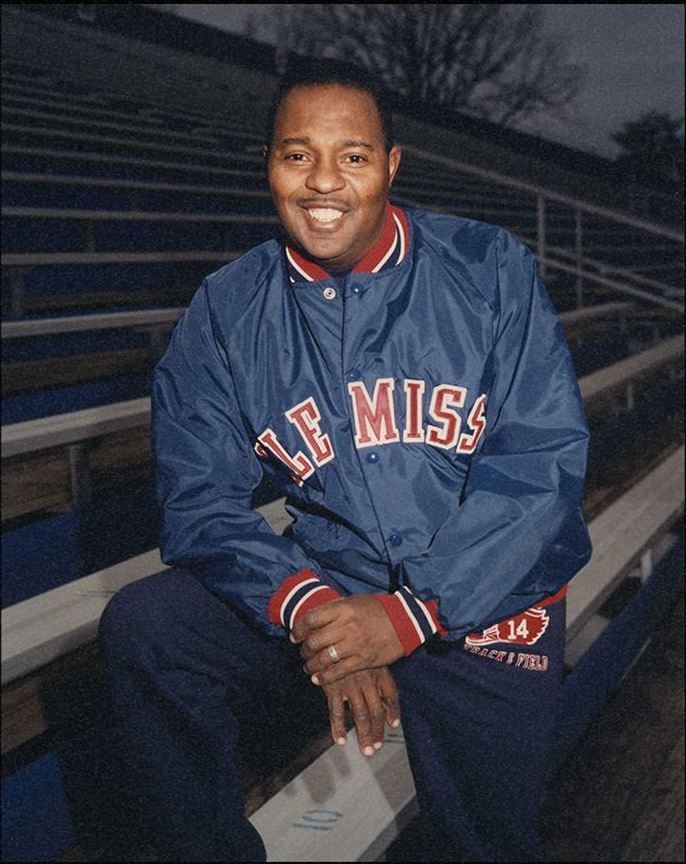 Dr. Ken Gibson, the first black head coach in the history of Ole Miss athletics, passed away at the age of 88 on Wednesday, July 27. (Ole Miss Athletics)

At Ole Miss, Gibson was in charge of the Rebel track & field and cross country programs from 1985-88. During that time, he coached two Olympians for the 1988 Summer Olympic Games in Seoul: Allan Ince for Barbados (400-meter hurdles) and Gary Kinder for Team USA (decathlon). He also coached All-American Earl Bridges, who finished seventh in the outdoor triple jump in 1986, and he oversaw the beginning of the Ole Miss women’s track & field program, which started his first season in 1985-86.

He began his career in sports in New York as a high school teacher and track & field and cross country coach. In 1964, he became the head track and cross country coach at Florida A&M, and in 1966 he took a similar position at Grambling State. One year later, Gibson moved again, this time to Kentucky State University, where his tenure included a team national championship in 1971 and five individual championships.

His tenure at Ole Miss from 1985-88 was his final coaching stop, which culminated with him serving on the U.S. Olympic coaching staff in 1988 where two of his athletes were competing in Seoul.

Since 1991, he has been an adjunct professor in physical education at Georgetown College in Georgetown, Kentucky. Gibson has published numerous articles in Scholastic Coach, Track Technique, and Varsity Magazine, and he was a contributor to the Athletics Congress Coaches Manual. He has served as a staff member of numerous international teams, including as Head Coach of the 1997 USA World Indoor Championship Team.

He is a member of several halls of fame, including the KSU Hall of Fame and the USTFCCCA (United States Track & Field and Cross Country Coaches Association) Hall of Fame.

Gibson is survived by his wife, Betty, and two children, Tracy and Tamara. A service is scheduled this Friday (Aug. 5) at the Good Shepherd Catholic Church in Frankfort, Kentucky. Visitation is set for 9-11:30 a.m., with a funeral mass to begin at 11:30 a.m.