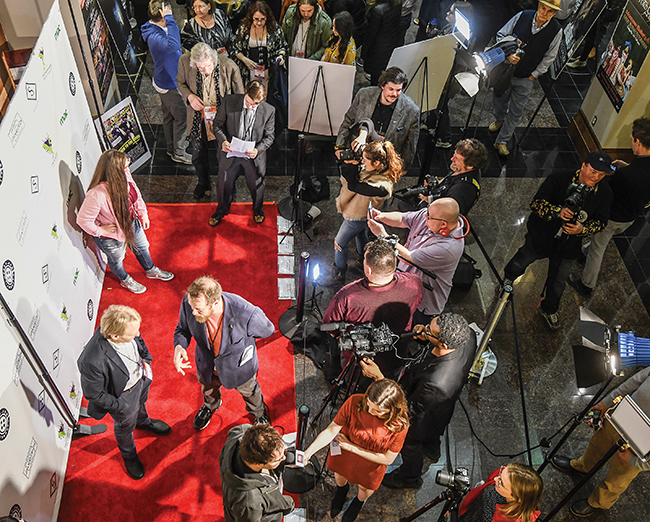 As the Oxford Film Festival focuses on plans and early preparation for next year’s highly anticipated 20th Anniversary edition of the popular event, taking place March 1-5, OxFilm has announced that the film festival has once again been awarded an Operating Grant for 2022 from the Mississippi Arts Commission (MAC), totaling $17,200.

Oxford Film Festival Executive Director Matt Wymer, said, “Everyone at OxFilm and the Oxford Film Festival have already been at work to build upon this year’s edition and bring our film fans the best audience pleasing, cinema-loving, party-rich film festival we possibly can to celebrate our 20th year. So, to once again, receive the support of the Mississippi Arts Commission for the second year in a row is a tremendous validation and incredibly encouraging for all of us as we continue our work.”

“We are pleased to provide support to arts organizations throughout the state who inspire and serve their communities every day,” said Sarah Story, executive director of MAC. “These funds will help organizations continue to create innovative exhibitions, performances, and programming for millions of people to enjoy throughout the next year.”

Funds from this grant will provide financial support needed to sustain year-round operations of the 501(c)3 charitable organization.

This grant is a portion of the more than $1.65 million in grants MAC awarded in Fiscal Year 2023 and is made possible by continued funding from the Mississippi State Legislature and the National Endowment for the Arts. The Mississippi Arts Commission (MAC) Grant is provided through special funding from the National Endowment for the Arts, via the American Rescue Plan, also known as ARP.

The Oxford Film festival is currently accepting film submissions for next year’s edition, with the regular Deadline coming up on September 15. Submissions can be made to: https://filmfreeway.com/OxfordFilmFestival.