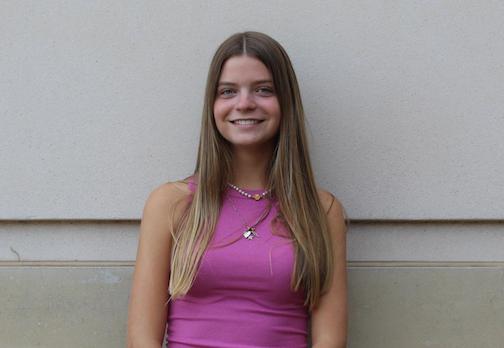 On August 3rd, 2022, numerous girls, myself included, were met directly outside of our cars and told that we were violating the dress code. We were then ushered to a room in the administration offices where we were held until a parent or guardian could either take us home or bring us a new pair of clothes that fit the dress code regulations.

The policy being enforced has been in place since 2020, however, it has never actually been enforced. These regulations were entirely unclear and sprung upon us via email just the afternoon before – informing us that starting tomorrow, the dress code would be strictly enforced.

We were left in a small room with no supervision as well as no explanation regarding how we broke the dress code or why we were being detained. Many of the detained students had previously purchased new clothes for the school year assuming they would be permissible to wear, only to find that they were now prohibited at school. The problem is not the enforcement of the dress code. The problem is the inconsistency in both the dress code and the enforcement of the policy.

On June 11, 2022, Heather Lenard, Oxford School District’s Director of Communications, sent an email titled “Fact Check” that included this sentence: “There has been no change to the student dress code or the enforcement of the dress code, nor has there been any discussion about a change.” This email was in response to an older version of the dress code circulating online, but it was both confusing and misleading. The enforcement of the current dress code in the past three years of my high school career has been non-existent. I assumed that because we were not told otherwise, and because of this email, that the lax dress code enforcement would remain the same.

On August 3, 2022, after what I would consider a disruption of our learning environment due to an unexpected enforcement of the dress code, Superintendent Bradley Roberson sent an email titled “Dress Code Enforcement.” Roberson suggests in this email that the Oxford School District decided to implement “consistent enforcement” of the dress code as a result of parent feedback in the spring of 2022. The email lacks detail entirely as to when administrators made this decision. If this decision was made prior to June 11, 2022, then OSD administration made a significant miscommunication in Lenard’s email. If it occurred after June 11, 2022, then OSD made no apparent effort to communicate this change in enforcement to OSD students and parents. Regardless, the administration’s lack of effective communication has resulted in the current chaos revolving around the dress code.

Students should be able to dress for school in a manner that expresses their individuality as long as it does not interfere with the learning process and health and safety of themselves or other students; and Students should be treated equitably. Dress code should not create disparities or reinforce or increase marginalization of any individual or group.

That’s not happening. From what I’ve seen first-hand, all the students in violation with me were female. If the district wants to truly be equitable, policies like the dress code one should be reevaluated. The dress code is disproportionately affecting more female students than males. This does not promote a culture of equity.

The other major issue here is enforcement. The policy emailed to the district by Roberson states, “Staff will use reasonable efforts to avoid addressing dress code violations in front of other students. Students shall not be removed from class as a consequence for wearing attire in violation of the dress code policy unless the attire creates a disruption to the educational environment, poses a hazard to the health or safety of others, or factors into a student behavior rule violation such as harassment, intimidation, or bullying.”

As we can already see this is not true. Students are being pulled away in the hallways and forced to miss their classes for simply what they wish to wear. The school is violating its own policy which could set a negative precedent for future school policies. Shorts and tank tops do not create a “disruption to the educational environment,” nor do they pose a “hazard to the health or safety of others.” As a district and school, we have so much rebuilding that needs to happen because of the after-effects of a pandemic. Keeping students from class time, sending them home, or embarrassing them in front of others because of what they are wearing, is not the way to return to normalcy. Giving people time and opportunity to adjust to the new enforcement of the policy would have been the way to approach this. The policy has existed since 2020, students should have been told at the end of the last school year that it would be strictly enforced this year. Waiting until day two of school and then strictly enforcing on day three was not the right way to start the school year.

Winnie Wilson is editor in chief of the The Charger Online at Oxford High School.