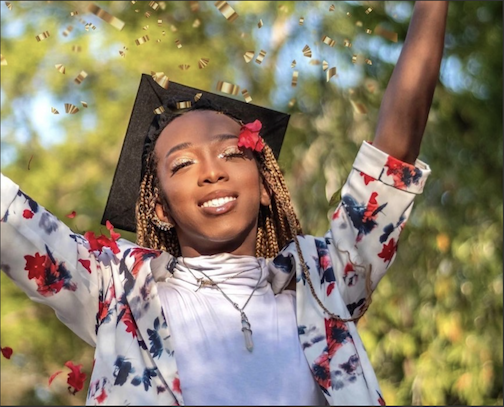 After nearly five hours of testimony, a Lafayette County Circuit Court judge denied bail for the man charged with murder in the disappearance of a University of Mississippi student.

This was Sheldon Timothy Herrington Jr.’s second appearance in court since he was charged with murder in the disappearance of Jimmie “Jay” Lee. Herrington’s bond hearing was initially supposed to be held on July 27. However, Herrington’s defense attorney Kevin Horan requested that the bond hearing be postponed.

According to testimony presented on Tuesday, Herrington was the last known person to have contact with Lee on the day he disappeared. Authorities said the two met at Herrington’s apartment for a romantic encounter on the morning of July 8.

According to Oxford Police Detective Ryan Baker, police only became involved with Jay Lee’s disappearance when they were alerted that something was amiss by Lee’s mother, Stephanie Lee.

She had called and requested a wellness check for her son at his apartment on the afternoon of July 8 when she did not receive an expected phone call from him.

Lee’s mother testified that she and her son were always in constant communication and would speak multiple times a day.

Mrs. Lee said she became worried when her son did not call, especially since July 8 was her birthday and her son always called to congratulate her and sing a song. Jay’s last contact with his mother had been a birthday text sent around 2 a.m. that day.

Mrs. Lee testified that she continued to try and contact Jay and search his location through a family app. After waiting, she and her husband Jimmie Lee traveled to Oxford the next day to check on their son’s whereabouts.

“We knew something wasn’t right,” she said. “It’s not like my baby not to call me or to share his location.”

When officers went to check on Lee, they found the door to his apartment unlocked and partially open. They also found Lee’s dog inside and unattended, Baker said.

Baker testified that police worked backward from Molly Barr Trails to discover how Lee’s vehicle arrived at the complex. Through surveillance cameras, police found that the car was driving east on Jackson Avenue West towards Molly Barr Road around 7 a.m. on July 8. The car arrived at Molly Barr Trails at 7:25 a.m. and was parked in the back.

The male stopped at Rocket’s, where he entered into the passenger side of a white Kia Optima that was circling the station.

“He appeared to have a short conversation before jumping into the car,” said Baker.

Three minutes later, the OPD conducted a traffic stop on this vehicle, Baker said. Through the officer’s body cam footage, police were able to identify the passenger as Herrington.

“We pulled the officer’s body cam video from that traffic stop and got the driver’s identifying information,” said Baker. “Also in the video, you see there’s a person in the passenger seat and it’s a Black male in a gray sweatshirt. We keep looking into it and we end up finding the driver and talking to him.”

Baker said the driver admitted during an interview that they knew Herrington through their partner. Herrington flagged the driver to stop, hopped in and requested to be driven home to DLP Oxford Apartments.

Baker testified that police received more information about Lee and Herrington’s relationship from a friend of Lee, who said Lee had reportedly had an argument with a romantic partner on the night of July 7 and subsequently blocked the partner on social media. Baker said that the romantic partner was Herrington.

Baker said a transcript of Lee’s Snapchat conversations obtained by the police showed someone using an account named “RedEye_24” at approximately 5:17 a.m. on July 8.

According to a transcript of the Snapchat conversation, ‘RedEye_24” asked for reconciliation after an argument. The conversation lasted for approximately 40 minutes before the pair agreed to meet, Baker said.

In detailing the investigation, Baker testified that authorities discovered that Herrington had searched the phrase “How long does it take to strangle someone Gabby Petito,” in reference to a woman who was strangled to death by her fiance, at 5:56 a.m. on July 8 – just two minutes after Lee messaged he was on his way to see “RedEye_24.”

No further records of Lee’s activity or location could be traced after that message, Baker said.

In a recorded interview shared in court, Herrington told police that Lee left his apartment the morning of July 8.

Herrington also said he had been on a run from DLP Oxford Apartments to Molly Barr Road through Anchorage Road and McElroy Drive before making a stop at Walmart to purchase tape.

In his testimony, Baker stated evidence of a three-mile run on a very warm July morning would show proof on the clothing.

“He didn’t appear to have sweat stains or to look soaking wet,” he said. “It was a light-colored sweatshirt. If somebody was on a run, it would appear to be darker in color because of sweat,” said Baker.

Baker testified that police did confirm that Herrington visited Walmart and that he bought Duct tape with cash. “We followed him around [on cameras] and noticed he went to the section of Walmart with garbage cans, the kind you can roll toward the road,” Baker said. “… He didn’t purchase one but we did notice that he was looking at them.”

After Herrington was arrested on July 22, police executed a search warrant on his apartment with the DeSoto Search & Rescue Team. Cadaver dogs were used by the DeSoto team in the search.

According to Baker, the cadaver dogs made at least two hits in Herrington’s bedroom and one in the living room. Further investigation led police to search Herrington’s Ford Escape and a box truck.

Herrington is co-owner at T&T Moving Company, a business he has operated for about four years while he attended Ole Miss. Herrington used the truck that he and his partner used for scheduled moves.

Baker said investigators talked with Herrington’s partner at T&T. The partner said he and Herrington both have their own key to the box truck and use them for moves, but no move was scheduled on July 8.

Baker said police determined that Herrington picked the vehicle up at The Links in Oxford and drove to his parents’ home in Grenada. While in his hometown, Herrington was seen on surveillance cameras picking up gardening tools such as a shovel and wheelbarrow and placing them in the truck, Baker said.

Technicians also found traces of bodily fluids in Herrington’s personal and work vehicles and those traces have been sent off to a private lab for testing, Baker said. Investigators also used cadaver dogs to examine the wheelbarrow and got positive results.

Authorities have continued their search for Lee’s remains in Lafayette County and Grenada County, however, they have yet to make a discovery.

After hearing the results of what investigators have found so far during the ongoing case, defense attorney Horan asserted that the prosecution did not have enough concrete evidence directly linking Herrington to the murder of Lee to hold him in detention without bond.

“We’re not supposed to sensationalize these cases,” said Horan. “We’re supposed to come in here and treat everybody the same. I’m confident that’s what the Herrington family wants in the investigation … Regardless of how many cameras are up there and how many people are marching outside, individuals outside have fought for the right to be treated the same.”

And Horan said testimony Baker gave regarding the cadaver dog hits were not reliable evidence. The defense requested that the prosecution offer up the credentials of the cadaver dogs and their success rate in order to consider the evidence valid.

“Zero times in the state of Mississippi has this been admitted into evidence. Zero [times] without finding the body,” said the defense attorney.

Horan said there are other possibilities as to what may have happened to Lee on July 8 and there is no evidence that conclusively points to Herrington as the perpetrator, said Horan.

“They have no evidence, at this point in time, of a crime,” he said. “Period.”

Herrington’s mother Tina Herrington acted as one of four character witnesses for the defense. On the stand, she listed his numerous awards and accolades through his school career and extensive involvement in the community as proof that Herrington should be granted bail.

“His accolades show, not just at Ole Miss but throughout his academics, that he is a dependable and trustworthy young man,” said Tina. “He gives back to his community; he does what is expected of him; and he abides by the law.”

In his closing, Horan asked that Herrington be placed under bond with limitations including submitting his passport to authorities, abiding by curfew and/or wearing an ankle monitor.

Assistant District Attorney Tiffany Kilpatrick, representing the state of Mississippi, countered that Herrington did prove to be a flight risk due to his experience with traveling around and out of the country. Information from Herrington’s phone data also showed that he visited Colombia, Mexico and cities within the United States on past trips.

And the day before Lee’s disappearance, he made another noteworthy search.

“On July 7, [Herrington] conducted a search for international flights from Dallas to Singapore,” said Baker.

Tollison denied bond. Tollison said the court has evident proof and a great presumption that Herrington committed the capital offense of first-degree murder.

“… No condition of bond or combination of conditions could reasonably assure the appearance of the defendant in an inquiry,” Tollison said. “Bail is denied to the defendant Timothy Herrington.”