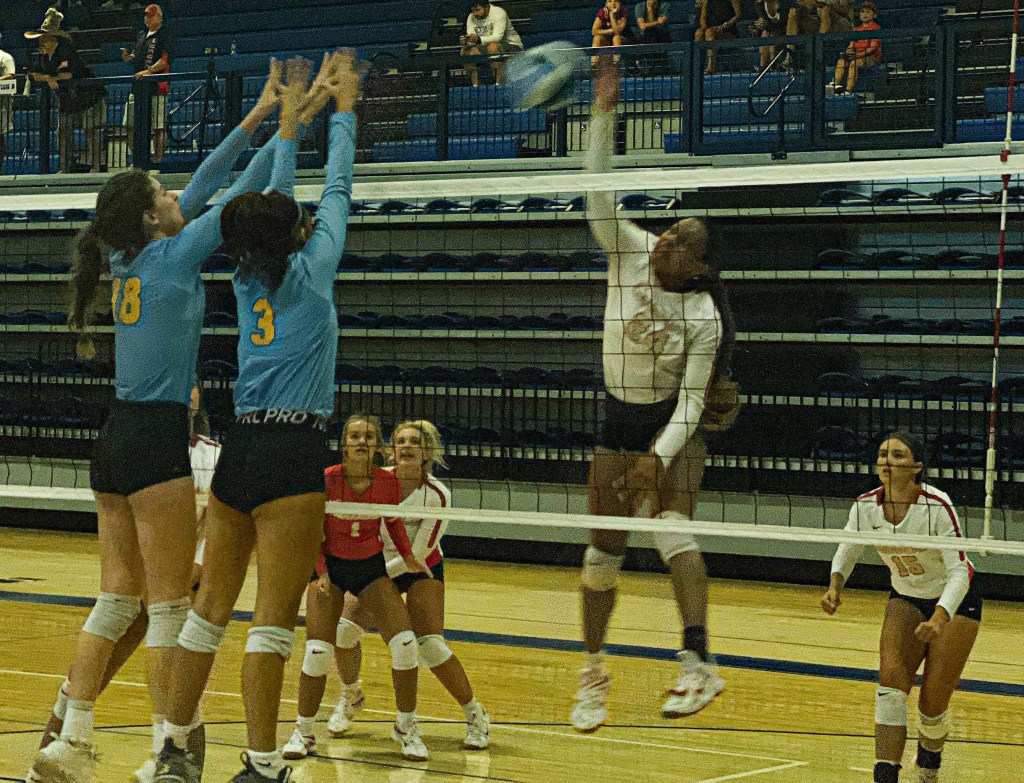 Lafayette's Harmony Jackson (24) plays against Oxford in the semifinals of the Oxford Invitational on Saturday, August 13, 2022. (Jake Davis)

Lafayette volleyball put together an impressive run in the Oxford Invitational on Saturday—defeating Clinton, Belmont, Pearl and New Hope before falling to crosstown rival Oxford in the semifinals.

The Lady Commodores did not drop a single set through their first three matches as they carved through a loaded tournament field.

Harmony Jackson stole the show for Lafayette in pool play—racking up kill after kill to help guide Lafayette to the single-elimination portion of the competition.

“Harmony is a stud. She showed out today,” head coach Taylor Elliott said of Jackson’s performance. “She doesn’t really get tired either. She can go all day—and if she does get tired she doesn’t let you know. She’ll play through anything. She wants to be on the court 100 percent of the time.”

The junior outside hitter’s career day was capped off with a stellar performance against New Hope in the quarterfinals, where she put the team on her back to lead them through to the semifinals.

Their impressive run ended rather unceremoniously however, as they were swept out of the tournament by eventual-champ Oxford.

Elliott said she was proud of her team’s performance despite the disappointing ending—adding that this experience against some of the top talent in the state will help prepare her team for an extended playoff run.

“It’s really exciting playing good teams in tournaments like this because, even if we lose, I know that’s what we need to see to prepare for the season,” Elliott said.

Lafayette will try to build on their strong performance on Tuesday when they host Tupelo at 6 p.m.