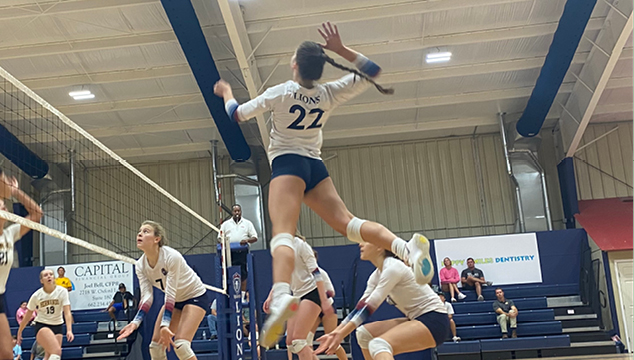 Regents outside hitter Bailey Ray leaps up for a spike attempt during the Lions sweep of Hernando on Thursday. (Kara Purdom)

Regents volleyball bounced back from a loss to New Hope on Tuesday to sweep Hernando at home on Thursday as they improved to 5-5 on the season.

The Lions dominated throughout the match—using their superb team defense to stifle the Tigers at every turn.

Regents claimed the first set 25-14 before getting into trouble in the second set when they surrendered 13 out of 17 points to fall behind 23-22.

They responded well however, claiming five of the final seven points to capture the set and put the Tigers’ backs against the wall.

The Lions continued to roll in the third set as they cruised to a 25-14 win to close out the match and secure the sweep.

They were especially effective with their tips and roll shots—which they used to keep Hernando’s defense off balance once the Tigers settled into the match.

“Another thing we worked on in practice yesterday was watching the court better—learning how to track from the passer to the setter to the hitter and taking our eye off the ball sooner,” Hengler said. “We even practiced that in the J.V. game—that’s what we were practicing on the bench was getting into that mindset of reading their hitters and I really think it clicked. We took a big leap tonight as far as growth in the mental part of the game.”

The Lions will attempt to build on their success on Tuesday when they travel to Southaven to take on DeSoto Central at 6 p.m. 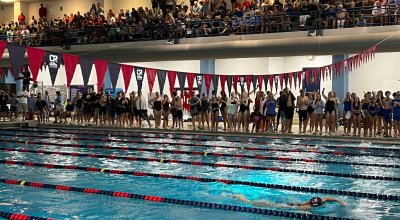 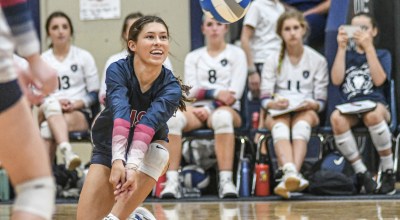