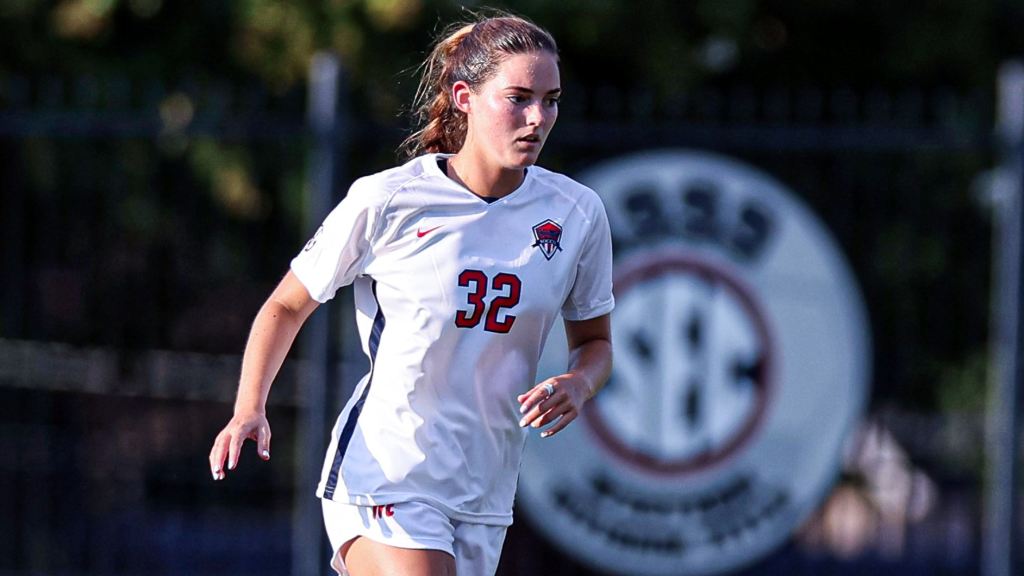 Ole Miss defender Taylor Radecki was named to the College Soccer News National Team of the Week on Wednesday after recording four assists in two games over the weekend. (Ole Miss Athletics)

Radecki began the young season with a career-high three assists in the Rebels’ 5-0 victory over Southeastern on Thursday. Her previous game-high was two assists against Middle Tennessee last season. The St. Augustine, Florida, native also contributed to a defense that allowed just one shot and zero shots on goal.

All three assists were set up by set pieces. The first two came in the first half off corners in a span of 25 seconds in the 20th minute, giving Ole Miss a three-goal lead. In the second half, Radecki tapped a free kick to an open Brenlin Mullaney, who scored the fifth and final goal of the game.

Against No. 22 Memphis, the Rebel senior assisted Molly Thompson for what would become the game-winning goal in a 3-0 win on Sunday. Once again, Radecki placed a stellar corner kick to Thompson directly in front of the opponent’s net.

Radecki’s four assists are not only the most in the nation after the opening weekend but also half the number she has tallied the last two seasons.

Radecki and the Rebels continue the season with a pair of road matches this week, taking on Middle Tennessee in Murfreesboro, Tennessee, on Thursday before heading to Birmingham, Alabama, Sunday to take on Samford.