Fine and Dandy: Oxford has a pair of Dandy Dozen selections eager to lead the Chargers to another state title 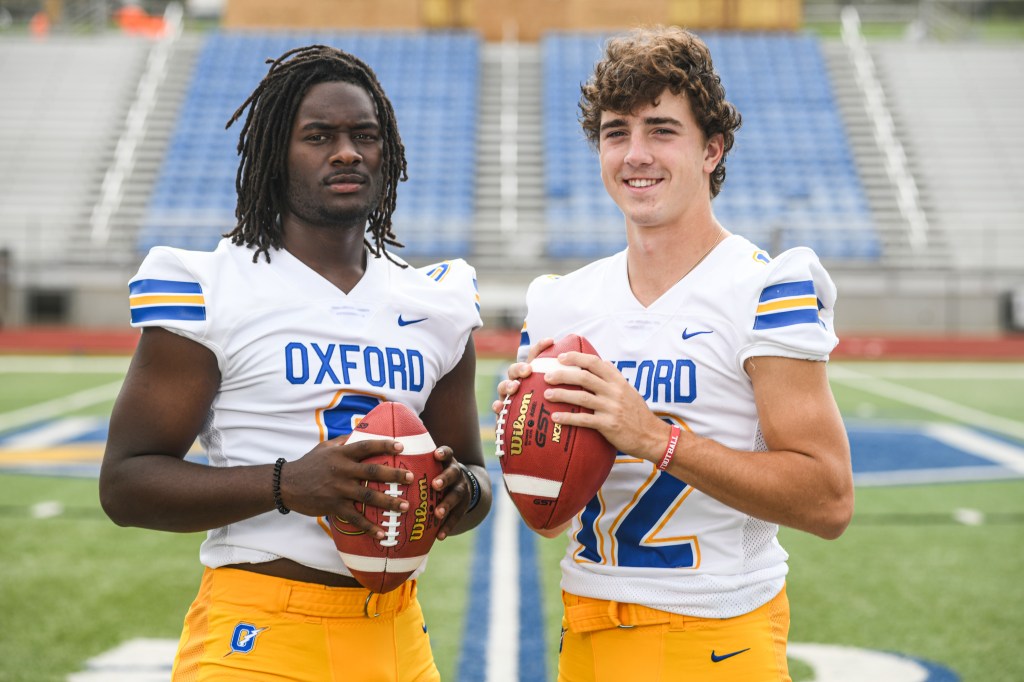 For the second time in school history Oxford football boasts two players from the Clarion Ledger’s Dandy Dozen list, and the Chargers hope their superstar pairing will help guide them to their second state title in the past four years.

On the offensive side of the ball, quarterback Mack Howard is eager to start his senior campaign in earnest after transferring from Heritage Academy in the spring.

The three-star quarterback is the No. 27 signal-caller in the country and the No. 10 player in the state of Mississippi according to 247Sports.

A dynamic athlete, Howard is excellent at sensing pressure in the pocket and making precise throws on the run.

Chargers fans got their first taste of that ability during Oxford’s spring game back in April, when Howard showcased his pocket presence and elite arm talent in a loss to Southaven.

“I think his toughness that was on display in the spring game, and his ability to extend plays with his legs and make plays when the pocket broke down was very impressive,” said head coach Chris Cutcliffe. “Mack has a lot of experience—he’s played a lot of football, and I think with that experience you learn how to be comfortable in the pocket, how to extend plays and keep your eyes downfield.

Howard is eager to prove that those skills will translate to the 6A level, where defenses are significantly bigger, stronger and faster than those he faced at Heritage.

“I think playing at this level of football can only help you,” Howard said. “It’s the highest level in Mississippi and everybody in the region has great talent as well as great coaches. Every week you’re gonna have a challenge and I’m looking forward to that.”

On the other side of the ball, middle linebacker Alex Sanford leads an experienced unit intent on forcing turnovers and controlling the battle in the trenches.

The Arkansas commit led the Chargers in tackles last season with 120, but says his goal this year is to break the school record set by Quentin Wilfawn in 2018.

“I know last year I missed a lot of tackles,” Sanford said when asked about breaking the record. “I could’ve passed his record so this year I’m focused on just making the tackle, wrapping up and staying low.”

Sanford, who made the jump to varsity midway through his freshman season, credits former Chargers J.J. Pegues and Kiyon Williams for his rapid development through high school—saying their advice helped get him to where he is today.

“They meant a lot to me,” Sanford said. “Since they graduated they’ve gotten more experience in college, so Kiyon—he went to Northwest so he’ll put me on a workout they do or show me how they play linebacker and J.J., since he got to Ole Miss—or even at Auburn, he’d be like ‘hey you gotta do that right,’ or ‘work on making that tackle’ so they’d be real on me about stuff like that.”

In turn, Sanford is passing on that knowledge to the next generation of Chargers. He says he’s already taken freshman Zyeer Pegues under his wing—teaching him how to conduct himself on and off the field.

“I’m on him with stuff that’s outside of school. I mean, I’m on him about football stuff of course, but I’m more on him about the outside stuff because that’s really important,” Sanford said.

That type of dedication and culture building is exactly what Cutcliffe asks of his senior leaders, and the Chargers hope that it will pay off with another state title come December.