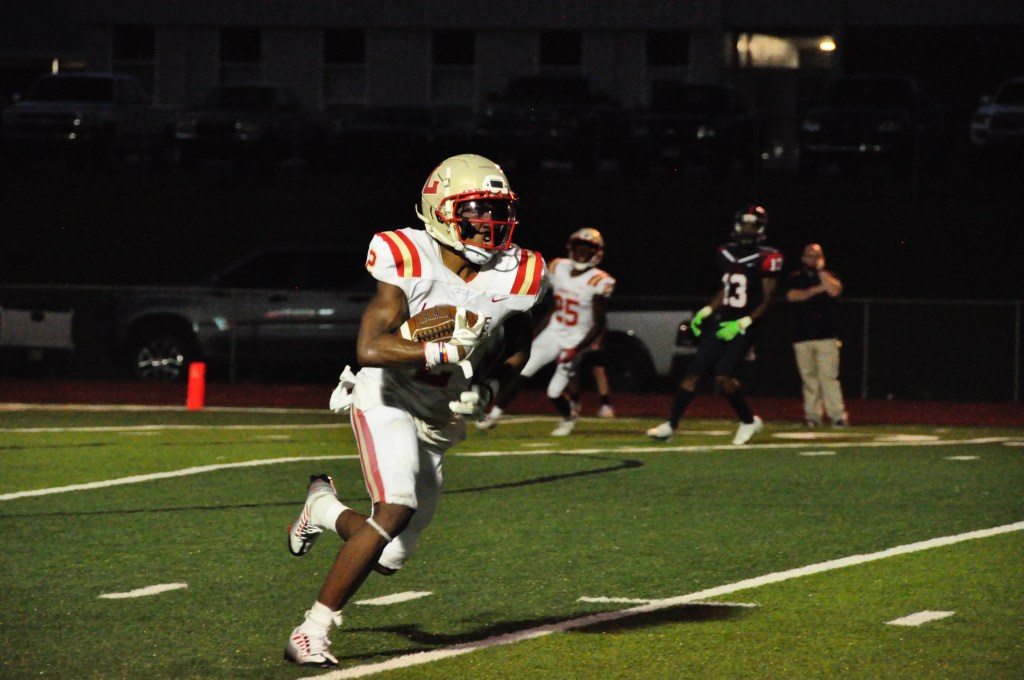 Lafayette football kicks off their 2022 regular season on Friday as they travel to Tupelo to take on the Golden Wave.

The Commodores, who went 10-3 to finish second in Region 1-5A last season, are eager to get back on the field following last year’s overtime playoff loss to Neshoba Central.

Fair was thrust into the starting quarterback role as a sophomore last season due to an injury to then-starter Tyrus Williams. The young signal-caller responded well—completing 63% of his attempts through the air for 1,262 yards and 11 touchdowns.

On defense the Commodores must replace two key contributors in lineback D.J. Burgess and linebacker Mario Wilbourn, who combined for over 200 tackles last year.

In their place, Lafayette will turn to Wilbourn’s younger brother Martrell to step up and lead the front seven.

The junior outside linebacker registered 66 tackles, including 11 for loss last season, and will be asked to play a significantly larger role this year with a relatively inexperienced defensive line in front of him.

The Commodores’ defense will have their hands full on Friday against a Tupelo offense that returns 10 of 11 starters from last season.

The Golden Wave are led by quarterback Jeremiah Harrell—who threw for 1,009 yards and 10 touchdowns last year while also contributing 248 yards and three scores on the ground.

He is joined by the talented running back duo of Jaboree Dooley and Quay Middlebrooks. The two juniors combined for over 1,000 yards rushing last season, and will enjoy even more running lanes this year behind an offensive line that returns four starters including Mississippi State commit Zay Alexander.

In the secondary, cornerback Fred Adams joins star safety Zech Pratt to lead a deep group of veteran defensive backs. Juniors Shamaar Darden and Jakwon Morris will play larger roles along with senior Lamarcus Heard—providing plenty of depth on the back end of the defense.

The Golden Wave won last season’s grind-it-out matchup between these two teams by a score of 5-3, but expect to see some more points on the board this time around with two more experienced offenses.