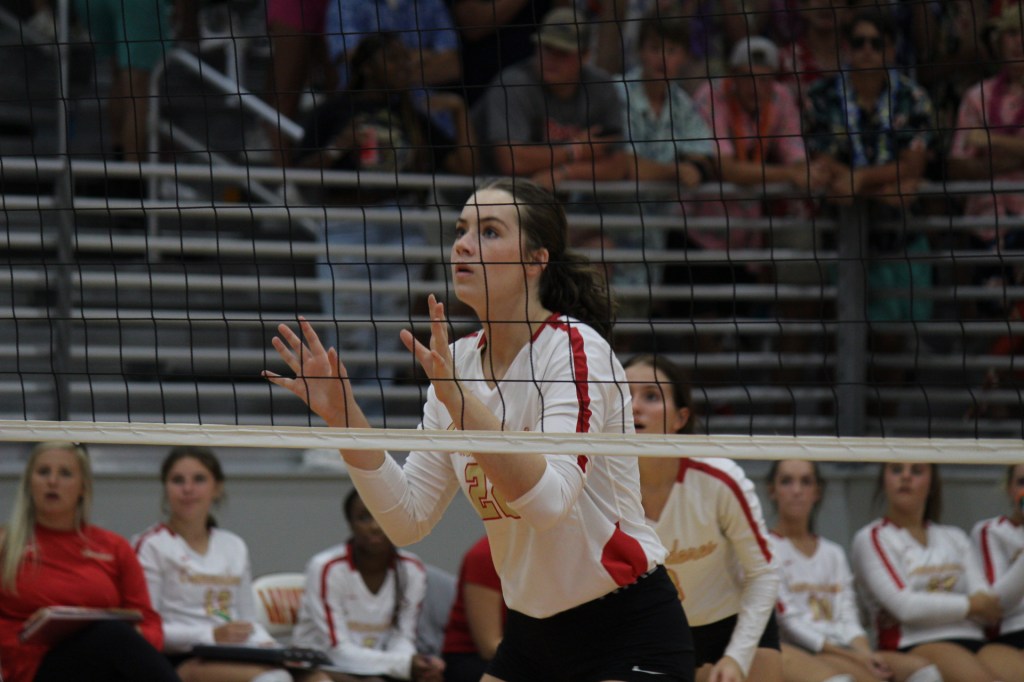 Lafayette's Maggie Tower plays against Tupelo in the Commdores' win over the Golden Wave on Tuesday, August 16. (Claire Anne Pugh/CMG)

Junior outside hitter Harmony Jackson recorded a team-high 29 kills in the match, while sophomores Caroline Crockett and Chloe Carr posted team highs in assists and digs with 33.

Junior middle blocker Maggie Tower tied for a team-high with three blocks to go along with 11 kills.

The loss marked the fourth defeat in the past seven matches for the Commodores after a 5-2 start to the season.

They will have a full week to bounce back from the loss before returning to action on Sept. 6 when they travel to Saltillo to kick off their Region 1-5A schedule.