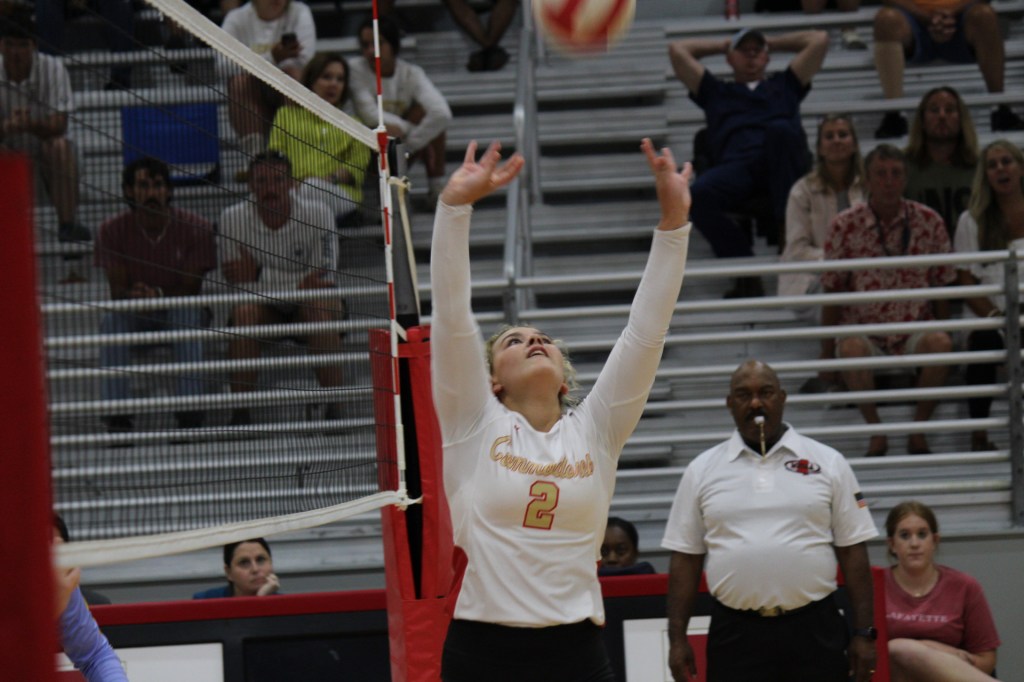 Lafayette volleyball picked up another signature win on Monday as they swept reigning 2A champion Belmont at home to improve to 8-5 on the season.

The Lady Commodores did not make it easy on themselves however—committing numerous error defensively that allowed Belmont to stay in each of the first two sets.

“We made mistakes throughout the entire match,” said head coach Taylor Elliott. “I kind of got on them and after I kind of chewed them out a little bit I feel like they played their best and came back—so I love the fight.”

Lafayette fell behind 21-13 in the opening set as they shot themselves in the foot over and over again with costly mistakes that led to free points for the Cardinals.

The Lady ‘Dores rallied back however—scoring 13 of the next 16 points to claim the set and jump out to a 1-0 lead in the match.

They got into trouble once again in the second set when the Cardinals went on an 8-1 run to even the score at 15 a piece, but managed to fight off another late run to win the second set 25-23.

The Commodores cruised to a 25-18 win in the third set to close out the match and secure the sweep as they improved to 8-5 on the young season.

“I think just really getting on to them—especially the older girls and the captains—and letting them know that somebody needs to step up and make sure that everyone is doing their individual jobs,” Elliott said when asked how her team was able to settle in later in the match. “Every once in a while a good kick in the butt gets them going.”

Lafayette will be back in action again on Tuesday as they host Alcorn Central at 6 p.m.